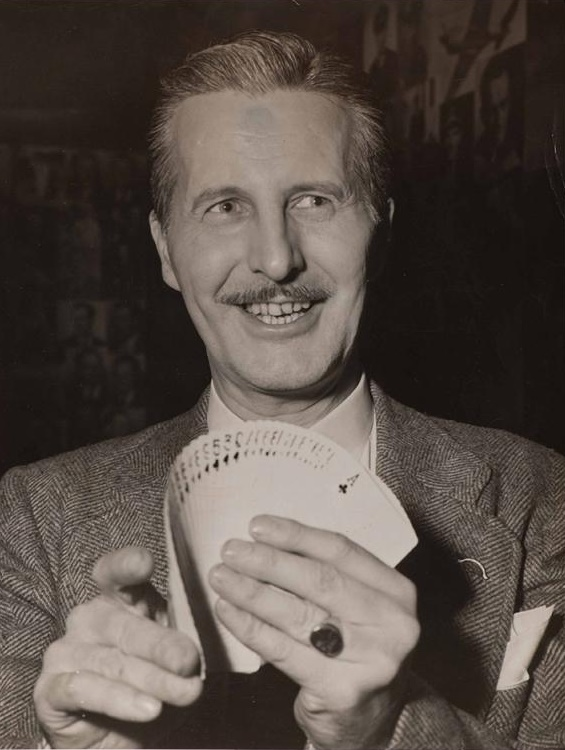 A forthcoming sale of magic memorabilia at Potter & Potter will offer items from Dai Vernon, one of the 20th century’s most influential magicians.

Born in Ottawa in 1894, Vernon (real name David Frederick Wingfield Verner) was the son of an amateur magician, and learned his first trick at the age of seven. He would later joke on stage that he had "wasted the first six years of my life".

Throughout his career he travelled around the U.S, researching sleight-of-hand techniques from mysterious card-sharps and gaining extensive knowledge which earned him the nickname of ‘The Professor’.

He also referred to himself as "The Man Who Fooled Houdini", after an incident in which the famous magician – who had claimed to be able to work out any card trick after seeing it three times – was repeatedly baffled by one of Vernon’s tricks.

Having performed around the world, written numerous books, and served as a mentor to several famous magicians, Vernon spent the last 30 years of his life as a Magician-in-Residence at the Magic Castle in Los Angeles.

He could usually be found in the bar of the private member’s club, entertaining and teaching both professional and amateur magicians alike, until he passed away in 1992 at the age of 98.

"Dai Vernon was one of – if not the most – influential magicians of the twentieth century," said Gabe Fajuri, President of Potter & Potter. "He was an inventor of tricks, a true student of the art, and a gifted teacher and communicator of ideas. He was also a talented artist and silhouette cutter.

"To paraphrase my friend Max Maven, whether they know it or not, virtually every magician working today is using a concept or idea conceived of or refined by Dai Vernon. That broad influence and status as a legend makes memorabilia related to Vernon sought after by collectors."

Amongst the most valuable items on offer is a set of Vernon’s own linking rings, used on-stage throughout the 1950s and 60s in his famous ‘Symphony of the Rings’ routine, which remains one of the most popular Chinese linking rings routines in use to this day.

The sale also features a series of vintage silhouette profiles of famous magicians such as Harry Houdini, Charles Schwab, Hereward Carrington and Al Baker, cut by Vernon’s careful hands in the 1920s, with estimates ranging from $500 – $6,000.

In addition, collectors will have the chance to bid on vintage photographs, rare books, and even sporting trophies won by Vernon in his youth as an athlete.

"We’ve offered Vernon memorabilia in the past and achieved exceptional results," said Fajuri. "The current offering is a strong one, too. From his silhouette of Houdini (who he famously fooled in 1922) to personal memorabilia from his school days, to props owned and used by him – among them a set of his Linking Rings, a trick he made famous – a great variety of ‘Vernonabilia’ is going on the block."