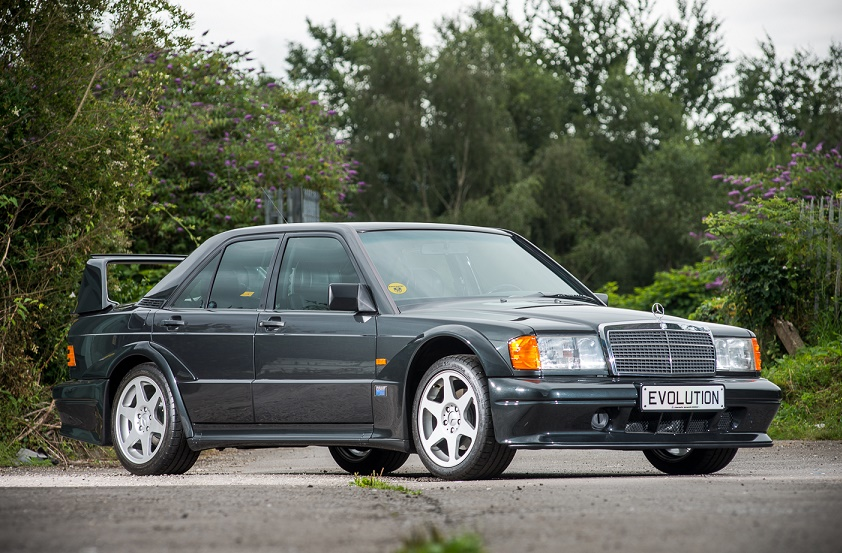 A rare and incredibly original 1990 Mercedes-Benz 190 E 2.5-16 Evolution II will be one of the star lots at Silverstone Auctions’ forthcoming Salon Privé sale.
The 190 E 2.5-16 Evolution II was unveiled by Mercedes-Benz at the Geneva International Motor Show, by which time it’s believed almost the entire limited edition run had already been snapped up by collectors around Europe.

With just 502 examples built, the car was destined to be a future collector’s item, and the example offered by Silverstone Auctions has certainly been treated as such.

The bodywork retains its original sheen and the black leather interior presents no signs of wear. As one of only four examples officially sold new in the UK, the car still comes complete with its original dealer sticker in the back window

Over the past quarter of a century it has covered just 885 miles, and has remained untouched in careful storage for much of its life.

It will now be offered as both a perfect time capsule, and a stunning example of engineering which helped Mercedes-Benz claim the first three places in the 1992 DTM championship season.

"Any fan of the legendary ‘Group A’ Touring Car era needs to see this car to truly appreciate both its originality and splendid collector status," said Nick Whale, managing director of Silverstone Auctions.

"The fact that the Evo II was a product of the ultra-conservative world of early nineties Mercedes-Benz is even more incredible. Its ostentatious body kit and impressive performance figures make it a showpiece of any serious classic car collection."

"Without question, one of the lowest mileage examples one could ever find on the market today. We welcome any pre-sale inspections on this unique vehicle and are certain you’ll agree that this incredible homologation special would be a welcome contender at any Concours event around the world." 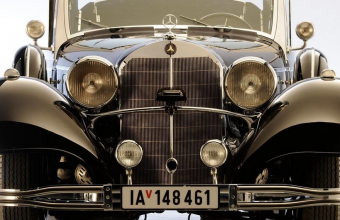