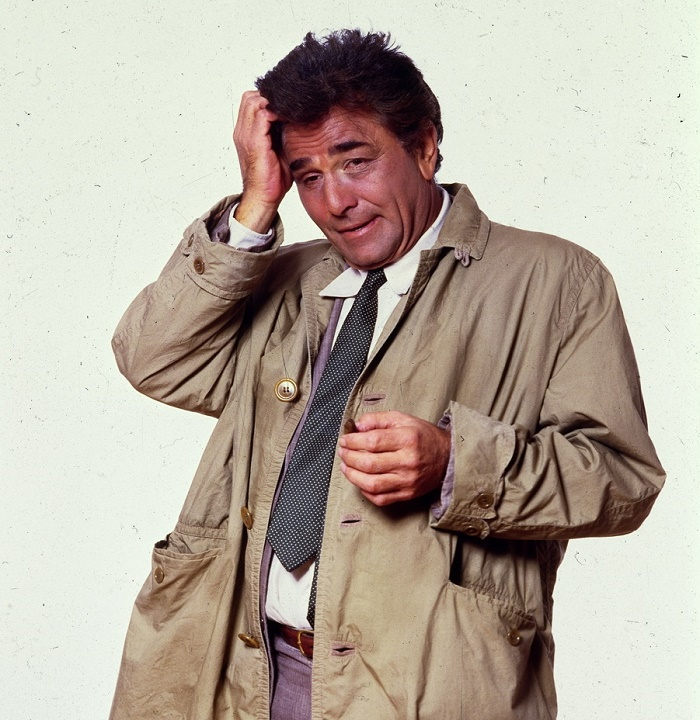 The iconic raincoat worn by Peter Falk in the classic TV show Columbo is heading for auction this month.
As one of the most recognizable costumes in TV history, the crumbled raincoat will hit the block at Bonhams in New York on November 21, as part of the ‘Out Of This World’ sale held in conjunction with Turner Classic Movies.

Falk played the role of "everyone’s favourite rumpled TV detective" more 35 years, from 1968 until 2003, and won four Emmy awards and a Golden Globe for his performances.

For his first appearance as Columbo in the NBC TV movie ‘Prescription: Murder’, Falk provided his own raincoat and shoes.

These were then worn on-screen throughout the 1970s, and his jacket became more frayed and crumpled as the series went on.

The production team later had several other identical raincoats made for Falk to wear on-screen, which were deliberately aged to match, but the coat up for sale at Bonhams appears to be his original.

The auction will also include Falk’s four Primetime Emmy awards, each valued at $5,000 – $7,000, and another presented to him in 1962 for an appearance on The Dick Powell Show.

In addition to his celebrated acting career, the sale highlights Falk’s other lifelong passion for art.

Falk was an accomplished artist who studied at the Art Students League of New York, and he once stated "my idea of Heaven is to wake up, have a good breakfast, and spend the rest of the day drawing".

The sketches on offer include three self-portraits, one of which pictures Falk as his most famous character in the very same raincoat.