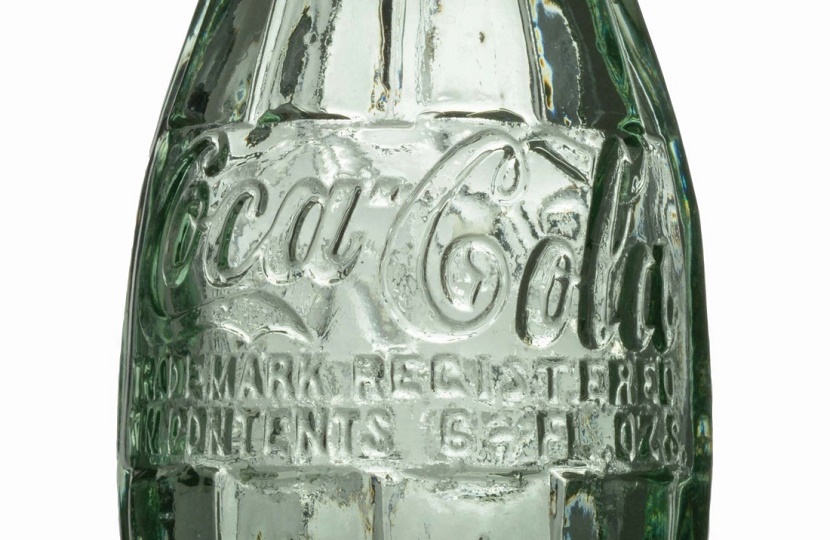 The Coca-Cola 'contour' bottle was first released in 1917, as is one of the 20th century's most iconic design objects (Image: Morphy Auctions)

A unique prototype Coca-Cola bottle could sell for up to $150,000 when it goes up for sale at Morphy Auctions next month.

The extremely important glass bottle dates from 1915, and will lead a Morphy sale of antique advertising in Las Vegas on April 13-14.

The Coca-Cola ‘contour’ bottle is widely regarded as one of the 20th century’s most iconic objects: a true design classic which remained virtually unchanged for more than a century.

The contour bottle was introduced across America in 1917, and over the next century approximately 300 billion were sold around the world.

In 1950 it became the first commercial product to appear on the cover of Time magazine, and was later immortalized in artworks by the likes of Andy Warhol and Salvador Dali.

But the classic design originally rose from Coca-Cola’s early struggle to establish its identity.

Since the beverage launched in 1892, the market had been flooded by copycat products and Coke was struggling to stand out.

The company used standard glass bottles with flat sides, which looked the same as all the others, and were in desperate need of a new design.

In 1915 they reached out to glass manufacturers across the U.S and proposed a competition to create a new Coca-Cola bottle, with the contract to produce them as the lucrative prize.

The man who rose to the challenge was Earl R. Dean, a designer and inventor at the Root Glass Company in Terre Haute, Indiana.

Whilst searching for ideas at his local library, Dean came across an image of the cacao pod, the fruit of a cocoa tree, and inspiration struck.

The curved shape and grooves of the pod perfectly fulfilled the design brief, presented by Benjamin Thomas, co-founder of the Coca-Cola Bottling Company, who stated “We need a bottle which a person can recognize as a Coca-Cola bottle when he feels it in the dark.”

The Root Glass Company was one of eight manufacturers to submit a design, and when a group of Coca Cola executives met in Atlanta in August 1915 they picked Dean’s bottle as the clear winner.

Just two complete examples of his first prototype bottle are known to exist. The first is part of Coca-Cola’s permanent archive collection, and the second sold at Julien’s Auctions back in 2011 for $245,000.

But before Dean’s bottle could hit the shelves, it needed a few modifications. The original design was wider in the centre than at the base, meaning it couldn’t pass through standard machines at bottling plants, and it easily tipped over on conveyor belts.

The Root Glass Company produced a new slimmer version of the design, which was then sent for testing at Coca-Cola bottling plants in Alabama, Georgia and Tennessee.

In the name of secrecy, these test bottles were then destroyed. Original fragments have been unearthed at dumps near the bottling plants, but the present bottle is the only example of its kind known to have survived intact.

It originates from the collection of a retired Coca-Cola employee at the Root Glass Company, and remains in mint condition more than 100 years after it was made.

The bottle also bears the date of November 15, 1915: the day before the final design was patented in the name of Root Glass plant supervisor Alexander Samuelson.

Coca-Cola is one of the world’s most instantly recognisable brands, and with over 120 years of history and memorabilia, it’s also one of the most collectable.

The bottle offered at Morphy Auctions is one of the most significant pieces of Coca-Cola memorabilia ever offered at auction – and if past prices are anything to go by, it could well surpass its estimate when it hits the block in Las Vegas. 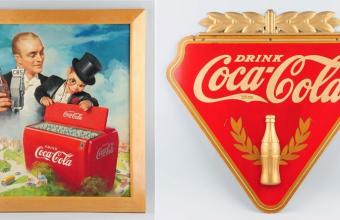 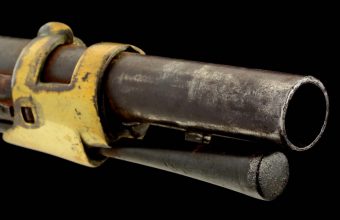