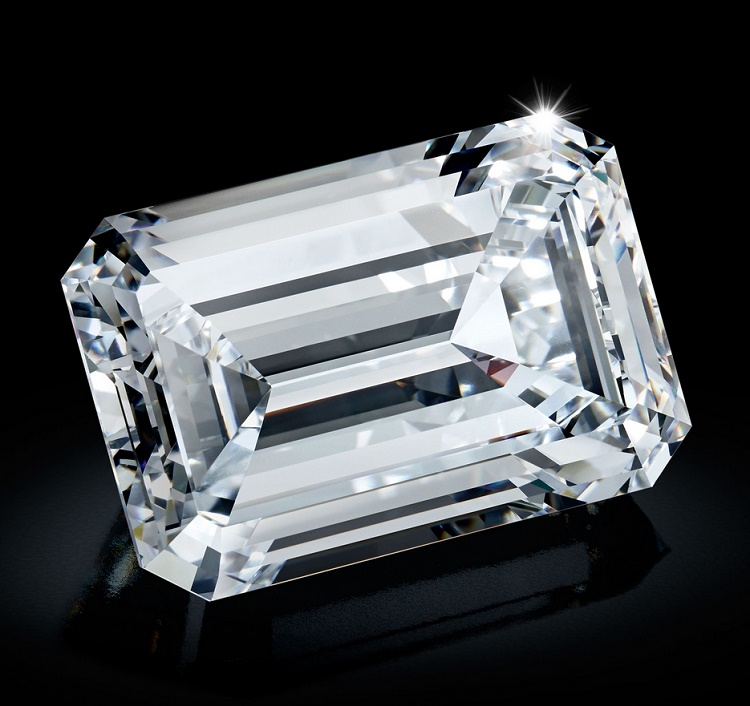 Christie’s are set to offer one of the "world’s most beautiful" diamonds at auction in Geneva next month.
The enormous largest D flawless diamond weighs 163.41 carats, and is the largest of its kind to ever appear at auction.

The official Gemological Institute of America (GIA) report declares "The extreme rarity of a diamond of this quality cannot be overstated".

It is expected to sell for millions when it hits the auction block on November 14.

The gem stone was cut from a far larger rough diamond, originally found in 2016 in the Lunda Sul Province in Angola.

That stone, known as the "4 de Fevereiro", was the 27th biggest rough white diamond ever discovered.

It then took a team of 10 expert diamond cutters in New York and Antwerp 11 months to turn the rough diamond into a unique 163.41 carat emerald-cut stone.

After spending weeks on the polishing wheel, honing each individual facet to perfection, it was then sent to master jewellers de GRISOGONO

"I never thought I would work with a 163.41 carat diamond of this quality," said company founder Fawaz Gruosi.

"I have never had a problem finding creative ideas, but this time there was the immense pressure of ‘dressing’ such an amazing diamond. I couldn’t do something very simple or that has already been seen. I needed a design that is outside-the-box."

The result is an asymmetric necklace, with 18 emerald-cut diamonds on the left side and two rows of pear-shaped emeralds on the right, leading down to the diamond as the centrepiece.

Described as "a masterpiece of unparalleled beauty and exquisite workmanship", the necklace is now on a global tour which takes in Hong Kong, London, Dubai and New York.

"Over our 251 year history, Christie’s has had the privilege of handling the world’s rarest and most historic diamonds," said Rahul Kadakia, International Head of Christie’s Jewels.

"The sensational 163.41 carat perfect diamond suspended from an elegant emerald and diamond necklace propels de GRISOGONO into a class of their own."