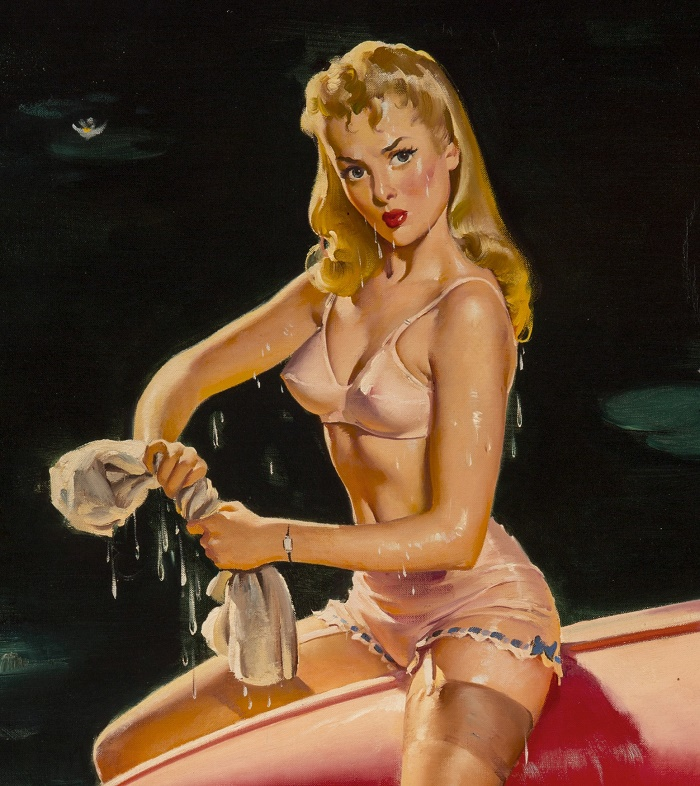 Rare works by the likes of Gil Elvgren and Patrick Nagel will lead an upcoming sale of illustration art at Heritage Auctions.
The sale, which takes place in Dallas on October 134, will feature an array of classic pin-up art and pulp magazine covers from the masters of the genres.

Gil Elvgren is regarded as the father of pin-up art, and his paintings have influenced generations of artists who followed him.

The majority of Elvgren’s works were created as calendar pin-ups for publishers Brown & Bigelow, but the nudity of his figures was almost always implied.

Another exceptional lot is Elvgren’s 1947 work We Had a Little Falling Out, which is fresh to the market, having remained in the same family collection for 60 years.

The painting was originally used as an advertisement, which read: "Be careful on July the fourth. It pays to stop and think. Don’t play with firecrackers or you’ll end up in the drink."

Another highly significant artist leading the sale is Patrick Nagel, whose work influenced pin-up art throughout the 1980s.

Nagel first made his name in the 1970s, when his distinctive female illustrations were featured in Playboy Magazine.

He sadly passed away in 1984 at the age of just 38, and today his original ‘Nagel women’ portraits are highly sought after by collectors.

The most notable Nagel work on offer is Bold, consigned to auction by one of his original gallerists.

Nagel only painted on stretched canvas during a brief three-year period, making them amongst his rarest works, and this example looks set to sell for $60,000 – $80,000.

Elsewhere the sale includes works by artists Hugh Joseph Ward and Norman Maunders, whose stylish works graced the covers of pulp magazine covers throughout the 1940s and 50s; along with pin-up artists such as Alberto Vargas, Peter Driben and George Petty. 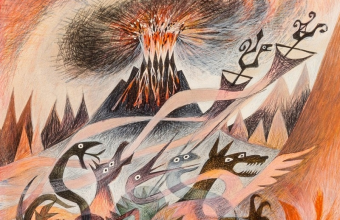