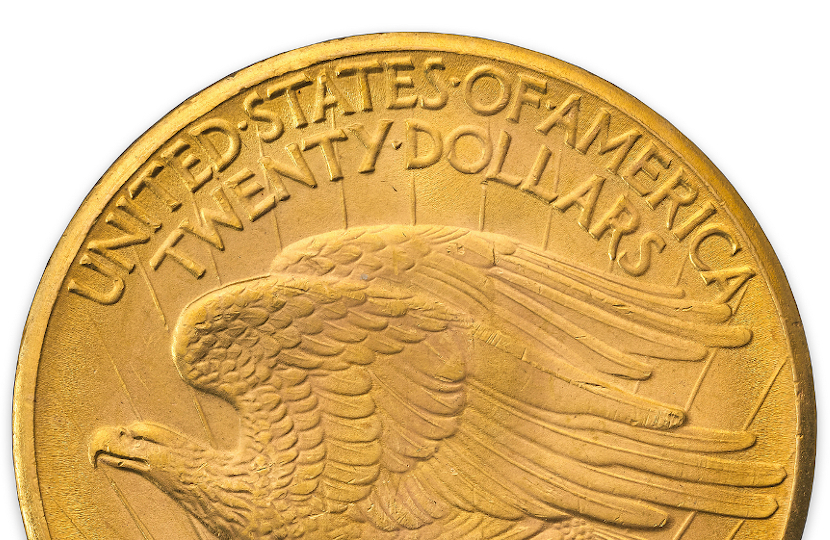 A unique collection of the world’s rarest and most valuable coins and stamps known as ‘The Three Treasures’ has sold at Sotheby’s for more than $30 million.

The three items were owned by U.S shoe designer Stuart Weitzman, a lifelong collector of rare stamps and coins whose mission was to own the world’s greatest single rarities in each field

“Today’s sale marked a historic moment in the history of stamp and coin collecting — and one that I think will not be surpassed for a long time, if ever,” said Richard Austin, Sotheby’s global head of books and manuscripts

Leading the auction was the 1933 “Double Eagle”, an exceptionally rare U.S gold coin long regarded as a numismatic ‘holy grail’.

Although 445,500 specimens were originally produced by the U.S Mint, they never made it into circulation.

In 1934, in order to restore gold reserves and ease a banking crisis, the government passed the Gold Reserve Act which made owning gold coins illegal.

All but 20 of the coins were melted down, and the example sold at Sotheby’s remains the only 1933 ‘Double Eagle’ that can be legally owned.

Weitzman had acquired the coin back in 2002 for a then-record $7.6 million. And 19 years on he sold it for $18.9 million, smashing the world record price for a rare coin by almost $9 million.

Next up was the world’s most famous and valuable postage stamp – the legendary British Guiana One-Cent Magenta.

The stamps were originally produced by a local postmaster in the former British colony in 1855, and today just one example survives.

The much-storied stamp had passed through some of the world’s most famous collections, and sold for $8.3 million.

Soon after the sale concluded, the winning bidder on the One-Cent Magenta was revealed to be the British rare stamp dealership Stanley Gibbons.

The company now plans to exhibit the stamp in their flagship London store, and offer it to their clients via the increasingly popular method of fractional ownership.

“This is a historic moment for Stanley Gibbons and the hobby, and we hope you can share in our enormous excitement,” said the company in a statement.

The final treasure of the trio was another philatelic rarity, and by far the most famous error stamp ever produced: the Inverted Jenny.

The iconic stamp was produced in 1918 as America’s first Airmail stamp. But thanks to a printing mistake, a single sheet of 100 stamps was produced with the airplane upside down.

Single examples had previously sold for more than $1 million. And Weitzman’s block of four – the only one of of its kind – sold for $4.9 million.

“[It’s] been an honor to be a custodian of these three legendary treasures,” said Weitzman.

“I started coin collecting to pass the time in a full leg cast at the age of 12, and later became interested in stamps when my older brother left behind the stamp book he’d started when he went to college.

“The passion for collecting took root immediately, and today truly marked the culmination of a life’s work.”

Weitzman had previously announced that all proceeds from the three sales would benefit charities including the Weitzman Family Foundation and the Stuart Weitzman School of Design at the University of Pennsylvania.