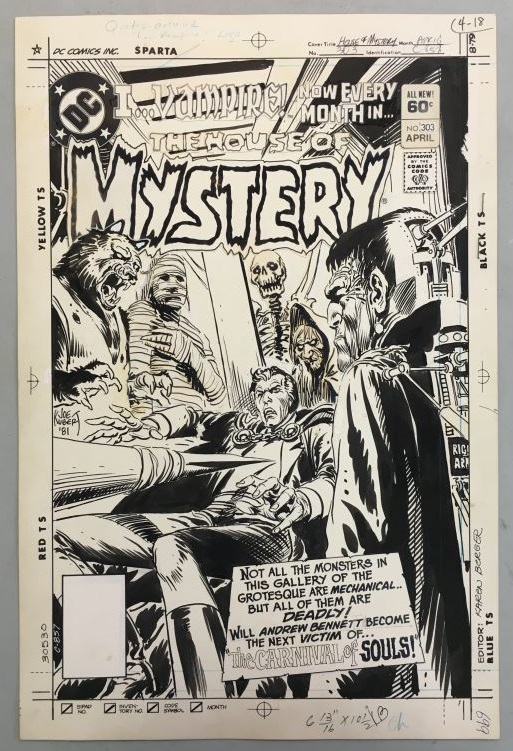 Original science fiction and comic book artwork by two giants of the genres will go under the hammer at Phillip Weiss Auctions next month.
The Long Island auction house will offer works by Chesley Bonestell and Joe Kubert as part of its Estate and Collectibles sale on June 15.

Kubert was a celebrated comic book artist best known for his work on the DC Comics characters Sgt. Rock and Hawkman.

The works on offer include original covers for titles such as G.I Combat, Mystery in Space, Battle Classics, Kamandi, House of Mystery and The Punisher: Warzone, with estimates ranging from $1,000 up to $6,000.

Sci-Fi fans will also have the chance to bid on original artworks by Chesley Bonestell, known as the “Father of Modern Space Art”.