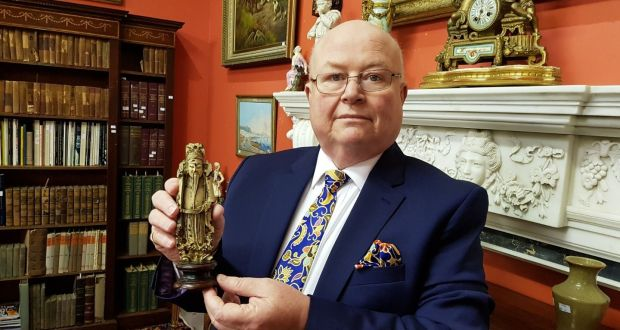 An Irish holidaymaker got more than he bargained for when he purchased a cheap souvenir statue in Morocco.

According to The Irish Times, the self-employed carpenter bought the 6-inch high carved figurine in a local antique shop, whilst travelling through the Rif Mountains of northwest Morocco in 2006.

He was initially drawn to the figurine as it appeared to be of Chinese origin, and managed to haggle the store owner down to a price of €60 ($75).

He had a hunch the statue could be valuable, and that it depicted the Chinese Emperor Yongle, who reigned during the 15th century.

Upon returning to Ireland, he began to research the figurine, and eventually drove his wife “mad” with his theories about its origin.

In order to settle the mystery once and for all, the couple travelled to England and paid a laboratory £550 ($770) for a radiocarbon dating test to discover how old it really was.

When the results came back, they were more than a little surprised.

Tests showed that the statue was not, as the carpenter believed, made from wood painted with lacquer.

It had in fact been carved from the horn of an extinct woolly rhino, a species which lived during the Ice Age, and was 25,000 years old.

According to the newspaper, experts believe the horn fossil may have been rediscovered in the 15th century, and used to create the figurine of the Chinese Emperor.

Rhino horns were regarded as prized objects in Imperial China, and were used by craftsmen to create decorative objects for the royal court.

Today there are strict international laws which prohibit the trade in rhino horn, and limit the sale of antique objects made from them, in order to protect rhinos from extinction.

However, these laws don’t apply to the figurine – as the woolly rhino is already extinct, and has been for several thousand years.

The remarkable figurine is now heading for the auction block at Mealy’s Auctioneers in Castlecomer, Co Kilkenny, where it’s expected to fetch up to €30,000 ($37,500). 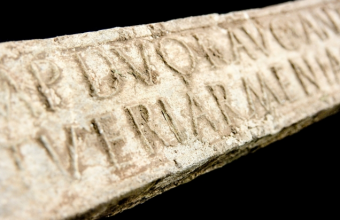