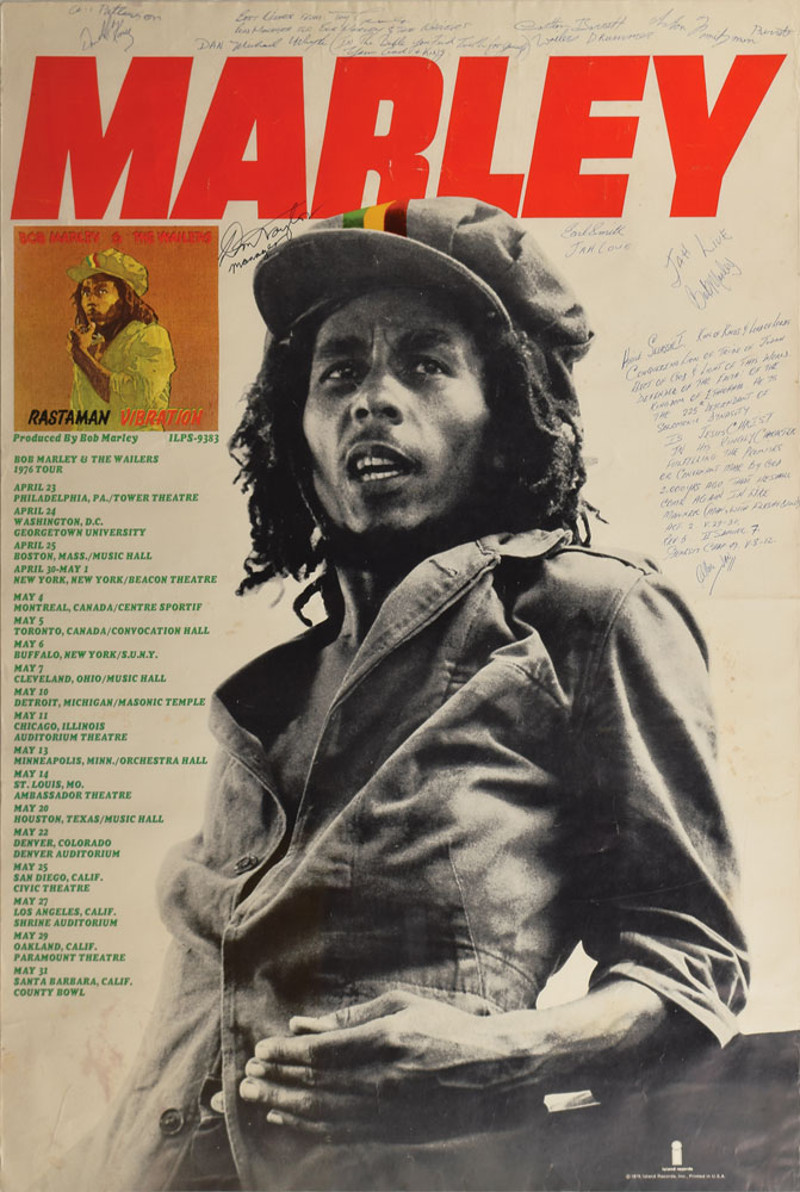 A tour poster signed by reggae superstar Bob Marley is among the most intriguing highlights of RR Auction’s upcoming Pop Culture sale.
The lot advertises Bob Marley and the Wailers’ 1976 North American tour, with a list of dates along the left hand side.

Marley has signed at the right.

His text, which references Rastafarianism’s devotion to Ethiopian leader Haile Selassie, reads: "Jah Live, Bob Marley/ Haile Selassie I. King of kings & Lord of Lords, Conquering Lion of Tribe of Judah, Elect of God & Light of This World. Defender of the Faith: of the Kingdom of Ethiopia.

The poster also includes signatures from various members of the Wailers and their road crew. It’s valued at upwards of $15,000. That might seem a lot but Bob Marley autographs are relatively rare. His career was cut tragically short by his death from skin cancer in 1981.

This is a particularly fine specimen that’s ideal for display.

A set of Jimi Hendrix’s fingerprints, taken following his arrest for drug possession in Toronto in 1969, is also valued at more than $15,000.

Hendrix was caught with a small amount of heroin and hashish. However, his band mates maintain that Hendrix was well aware they would be searched on arrival in Canada and that the drugs had to have been planted.

Hendrix was ultimately acquitted after a three day trial.