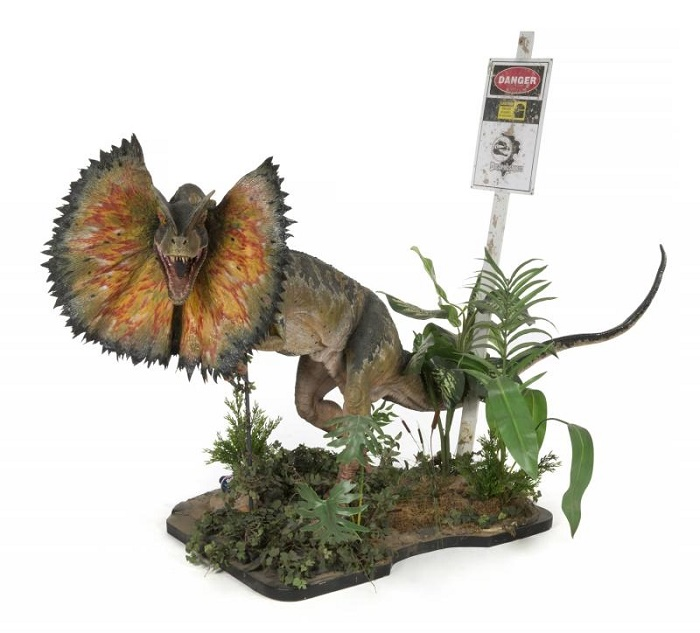 A world-class collection of famous movie monsters is heading for sale at Julien’s Auctions next month.
The production-used models from films such as Jurassic Park and Aliens are part of the Osianama Archives, a huge collection of movie memorabilia assembled by Osian’s, India’s pioneering arts and cultural institution and auction house.

The archive is now heading for the auction block in Beverly Hills on March 8, giving collectors the chance to acquire their own special piece of Hollywood history.

"Julien’s Auctions is thrilled to offer the Osianama Archives, the finest and most comprehensive collection of film memorabilia and artwork of the last century," said Martin Nolan, executive director of Julien’s Auctions.

"These rare and highly valued objects have served as a landmark for cinema as an art form and cultural reference and is certain to dazzle and delight any serious film memorabilia collector keen to own these pieces of Hollywood movie making history."

These include a venom-spitting Dilophosaurus and a graceful Brachiosuarus from Jurassic Park (1993), and a terrifying T-Rex from The Lost World (1997).

These highly detailed study models were used to create the final, Oscar-winning dinosaurs that appeared on screen, either rendered in CGI or as large-scale animatronic puppets.

Even more sinister are a pair of out-of-this-world models from the Alien franchise.

First is a quarter-scale production-used maquette of the monstrous Queen Alien from James Cameron’s sci-fi epic Aliens, estimated at $10,000 – $20,000.

Further highlights from the collection include a life-sized production model of Arnold Schwarzenegger as a T-800 robot in Terminator III; and a life-sized figure of Danny DeVito as The Penguin in Tim Burton’s Batman Returns, dressed in his original screen-worn costume.