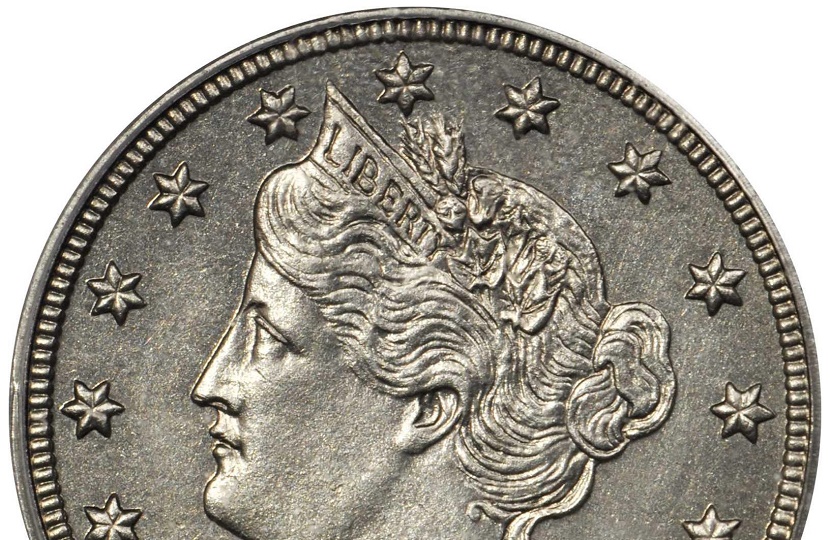 The 1913 Liberty Head nickel, one of only five examples ever minted (Image: Stack's Bowers)

A rare nickel worth $5 million is heading for auction in Pennsylvania next month, as part of the American Numismatic Association’s annual World’s Fair of Money convention.

The 1913 Liberty Head nickel will be offered by coin specialists Stack’s Bowers, and is expected to achieve a record-breaking sum when it crosses the block on August 15.

The coin is regarded as one of the most famous U.S rarities in the entire collecting hobby, and just five examples are known to exist.

The current coin is known as the ‘Eliasberg’ specimen, after its renowned former owner Louis E. Eliasberg, Sr., and is the finest of the five, graded Proof-66 (PCGS) with reflective surfaces.

Having last sold privately in 2007 for $5 million, it’s now expected to surpass that price, setting a new world record in the process.

By rights the 1913 Liberty Head nickel shouldn’t exist, and the mystery behind its creation remains more than 100 years after it was minted.

The ‘Liberty Head’ design was in use from 1883 until 1912, when it was replaced by the ‘Indian Head (Buffalo)’ design, and the official nickels struck by the U.S Mint in February 1913 all featured this new design.

However, in 1920 it was revealed that five 1913 nickels with the old Liberty Head design had also been created.

Samuel Brown, a numismatist and former employee of the U.S Mint, first displayed the coins at the American Numismatic Association’s annual convention, and sold them all to eager numismatists in 1924.

Several theories exist as to why the coins were created. Some experts believe they were produced as test pieces in 1912, before the design change was made official; or that they were struck by the Mint’s Medal Department for cabinet display purposes.

Others believe Brown secretly struck them himself whilst working at the Mint, creating an instant rarity he could sell to collectors.

Perhaps because of its mysterious creation, the 1913 Liberty Head nickel has fascinated numismatists for over a century, and the five coins have passed through the hands of some of the world’s wealthiest collectors.

Then in 1996, another of the coins – the example currently offered at Stacks Bowers – made headlines when it sold for an unprecedented $1,485,000, becoming the first rare coin in history to break the $1 million mark.

Today three of the coins remain in private hands, with the other two owned by the Smithsonian museum and the American Numismatic Association Museum.

The Stack’s Bowers sale of the Eliasberg specimen marks a rare appearance of the coin on the open market.  Over the past decade just two of the coins have been offered publically, both times at Heritage Auctions.

The second sale occurred in 2013 when the Walton specimen sold $3,172,500, having been rediscovered 50 years after it disappeared during a car crash which killed its owner George O. Walton.

The high grade of the Eliasberg specimen means it’s likely to surpass both those auction prices, and rewrite the history books yet again on August 15. 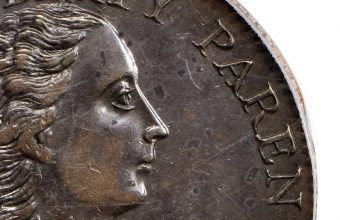 Million-dollar penny to auction at Stack’s Bowers in Baltimore