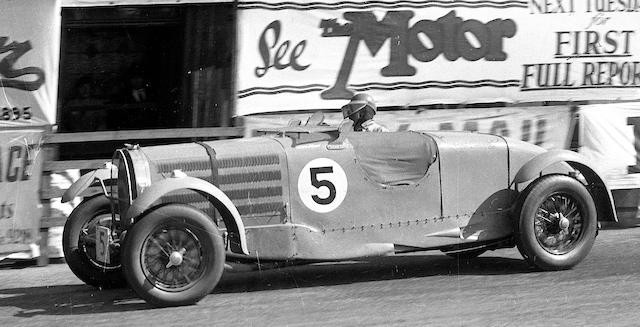 The lot was among the top sellers in the prestigious annual sale.

It was originally built for Earl Howe, a well-heeled British amateur with a penchant for European racers, and made its debut in the 1935 Ulster TT.

Levegh owned it for around a year before selling it on to an Australian buyer.

It’s remained out there ever since, where the desert climate has ensured it remains in optimum condition.

The lot is one of only five known survivors of this rare and classic model.

The car was acquired new by a Charles and Mabel Agassiz of Cape Cod, Massachusetts in 1903.

When Charles died in 1931, Mabel had a large hole dug on their estate and buried this car – presumably a reference to the Anglo-Saxon tradition of subterranean funerary barges.

In the early 1940s, Ted Robinson of the Vintage Car Club of America started hearing legends about the Fiat. He travelled to Cape Cod and convinced the Agassiz family to sell it to him.

Since then the car has passed around a series of passionate collectors, each of whom has contributed to its loving restoration.