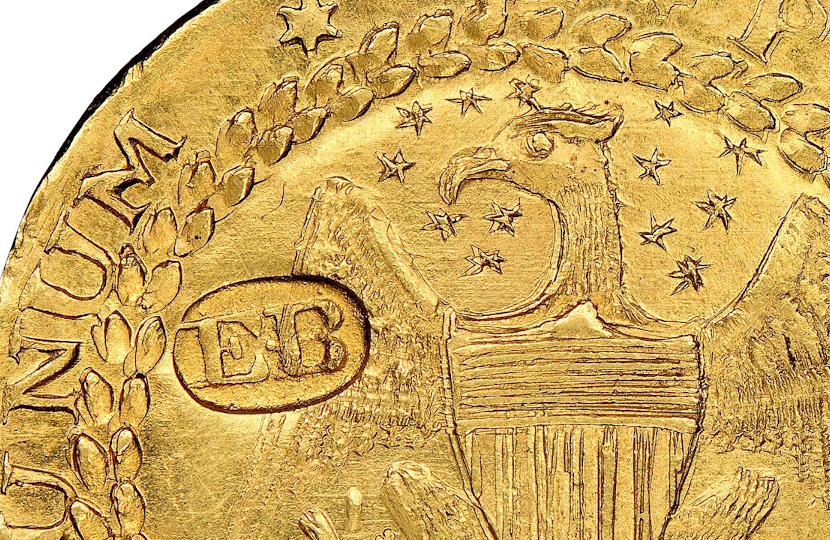 The world’s finest Brasher Doubloon, the most legendary U.S gold coin ever produced, has sold for $9.36 million at Heritage this month.

The 18th century coin is described as “arguably the world’s most famous numismatic rarity”, and is one of only seven examples known to exist.

The sale set a new world record price for a gold coin sold at auction.

The example sold was graded MS65 NGC, making it the highest-graded example of the seven, and had only previously been sold publicly twice in its 234-year history.

Prior to its sale, the card had spent more than 40 years in the renowned collection of Donald G. Partrick.

The previous record price for a Brasher Doubloon was set back in 2011, when an example sold privately to an undisclosed Wall Street investment firm for $7.4 million.

The Brasher Doubloon dates from 1787, and was the first gold coin ever produced in the United States, following the young nation’s Declaration of Independence in 1776.

The coin even predates the foundation of the U.S Mint, which didn’t begin producing official coinage until 1792.

The golden doubloon is named after the man who struck it, New York silversmith Ephraim Brasher, who was a friend and neighbour of America’s first President George Washington.

Brasher’s design for the coins features the motto “NOVA EBORACA COLUMBIA EXCELSIOR”, which translates to “New York, America, Ever Higher”, along with the image of an eagle clutching an olive branch surrounded by 13 stars, representing the original 13 colonies of the United States.

In addition, each of the coins featured Brasher’s initials “EB” punched into the gold – trademark which he also used on his silverware, and other gold coins he was asked to assay.

Six of the seven coins feature the initials punched into the wing of the eagle, whereas the record-breaking coin sold in 2011 had them in the centre of the bird’s breast.

The coin was first discovered by collectors in the 1840s, and its legend – along with its value – has continued to grow for more than 170 years.

In 1942 the famous coin even crossed over into popular culture, as the subject of the Raymond Chandler novel The High Window.

The story, which sees Chandler’s iconic detective Phillip Marlowe investigate the theft of the coin from a wealthy widow, was also later adapted into the 1945 film noir thriller The Brasher Doubloon, starring George Montgomery.

Brasher’s reasons for producing the coins remain shrouded in mystery to this day.

Some experts believe they were made as bribes for New York State legislators, so they would award Brasher the contract to produce copper coinage for the city.

Others think they were made to be sold as souvenirs to people visiting George Washington, who lived next door to Brasher on Cherry Street and regularly entertained important guests from across the country.

The most plausible theory states that Brasher made the coins to be used as a means of transaction between merchants and banks, at a time when similar gold doubloons from the Spanish Mints in Mexico and Peru were widely traded.

Whatever the reason for its creation, the Brasher Doubloon remains one of the world’s most famous numismatic treasures, and recent sale was yet another chapter in its illustrious legacy.