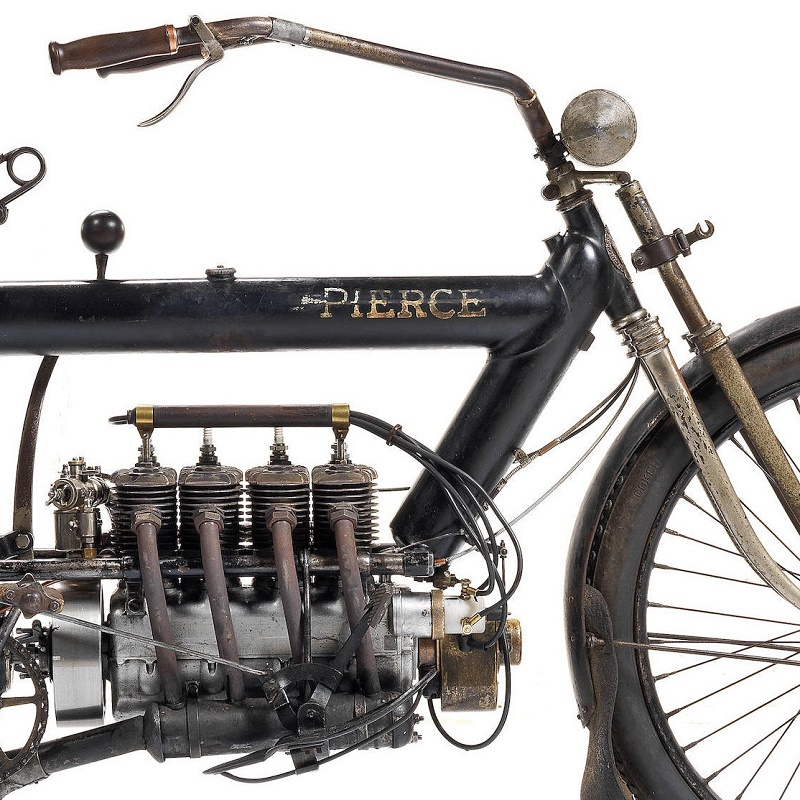 A rare and historic Pierce Four motorcycle could fetch more than $150,000 when it crosses the auction block at Bonhams later this year.
Launched in 1909, the Pierce Four was America’s first four cylinder motorcycle, with a four-horsepower, 700cc engine and a top speed of 60 mph.

Its highly innovative design stood out from the crowd, and it was marketed as being "vibrationless", offering "motor car comfort and travel comfortably from a mere walking pace up to the speed of the motor car".

It was built in New York by the Pierce Cycle Company, an offshoot of the Pierce-Arrow Motor Car Company which was renowned for producing luxury automobiles.

Manufactured using the finest components money could buy, the Pierce Four was also America’s most expensive motorcycle, with a price tag of $400 in 1913.

In comparison, a Model T Ford car cost just $525, and production costs on the motorcycle were so high that the company actually lost money with each machine they sold.

It’s estimated that less than 500 examples were built between 1909 and 1914, and today around 12 are believed to have survived.

The majority of these rare machines are now housed in museums including the National Motorcycle Museum in Iowa and the Motorcycle Hall of Fame Museum in Ohio.