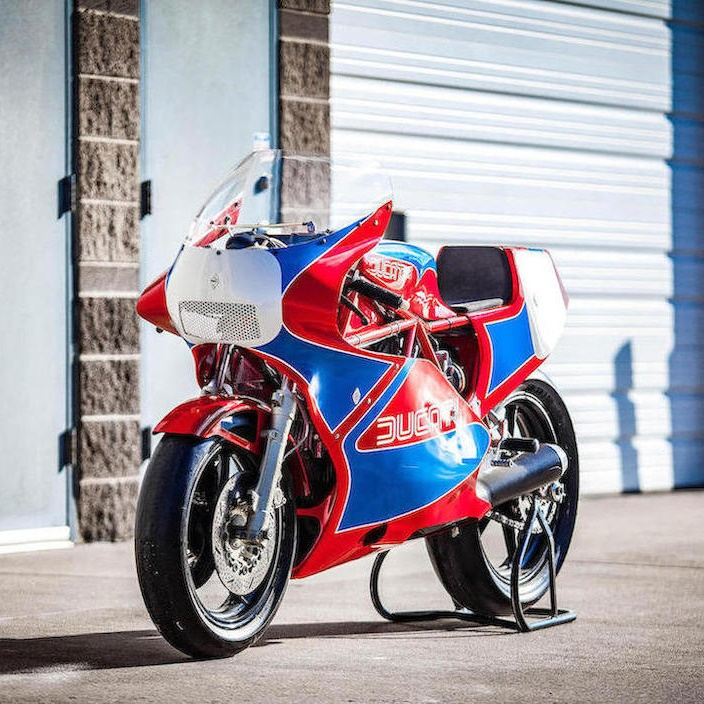 An unprecedented number of historic Ducati motorcycles are heading to Sin City this month, as part of Bonhams’ annual Las Vegas motorcycle sale.
From scramblers and street singles to official works team racing bikes and rare prototypes, the sale will span seven decades of engineering from the renowned Italian marque.

In total, 38 machines will cross the block in Las Vegas, dating from 1984 through to 2001, including 15 motorcycles from the world-renowned Silverman Museum Racing Collection.
Amongst the leading lots is a former works team bike dubbed "the rarest of the rare" – a 1984 Ducati 750 TT1 Works Road Racer.

The bike is one of only three examples built to be campaigned in the Endurance World Championship, and was later owned by the famed American collector and privateer Dale Newton. With uninterrupted provenance and a successful race history, the motorcycle is now estimated at $125,000-$150,000.

"It’s true that the number of Ducatis we’ve consigned is impressive," says Nick Smith, Bonhams’ US Head of Motorcycles, "but it’s the quality and selection, not to mention the incredible pedigree, that’s just amazing. For Ducatisti – or anyone who ever wanted a Ducati – our auction represents a very special opportunity."

Italian motorcycle enthusiasts will also have the chance to bid on classic examples from manufacturers such as Laverda, MV Agusta, Moto Guzzi, Cagiva, Benelli, Parilla and Bimota.