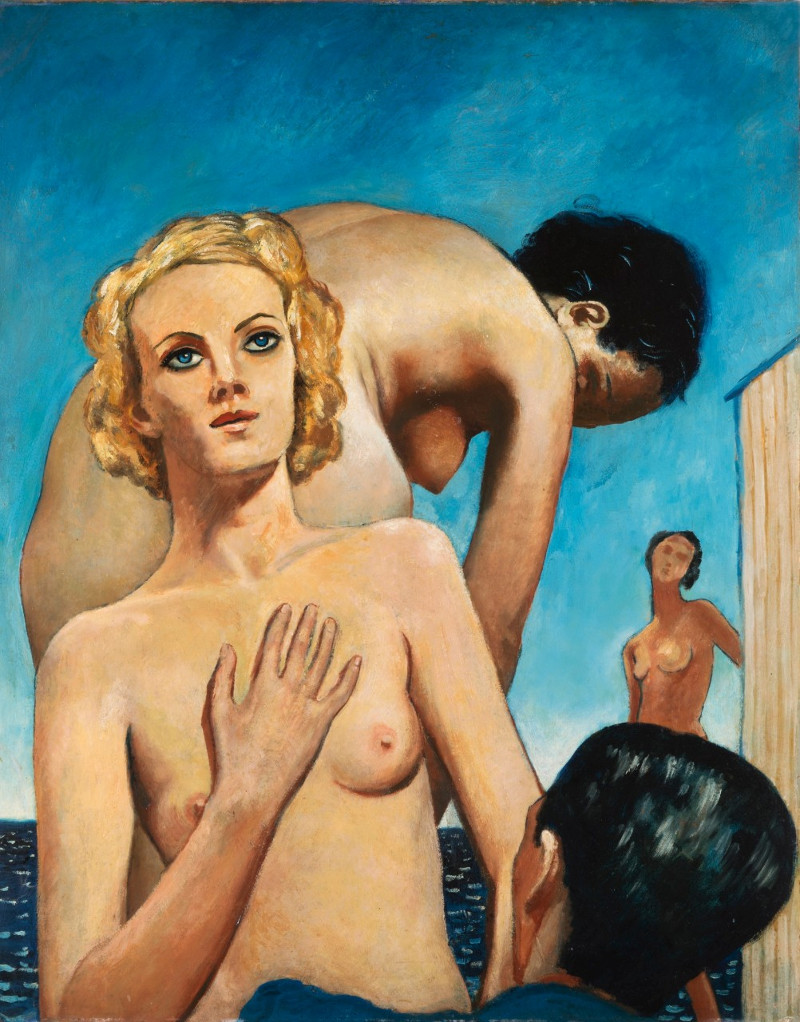 They’re considered among the first works of post-modernism in the canon.

Each of the figures is juxtaposed against the others, meaning the lighting is all over the place, resulting in a strange and unsettling effect.

In its celebration of lithe white bodies, Picabia’s work bears a marked resemblance to the propaganda put out by the Nazis.

For a time he was unfairly lumped in with them as a sympathiser.

Indeed, the Nazis placed him on their list of approved artists.

However, in the 1980s historians discovered Picabia had picked out his subjects from contemporary pornographic magazines including Mon Paris and Paris Sex Appeal.

Had the Nazis known the source, their reaction would have been diametrically opposite. Today Picabia’s works are considered among the most subversive of that time.

The sculpture is constructed from plaster and numbered 49 of 300. It was conceived in 1962, although this specimen was executed in 1982 – after Klein’s death.

The piece is painted in Klein’s International Klein Blue, an intense pigment he created in collaboration with Parisian paint seller Edouard Adam in 1960.

It’s designed to be difficult to focus on. Interestingly, it’s also difficult to replicate on a computer screen.