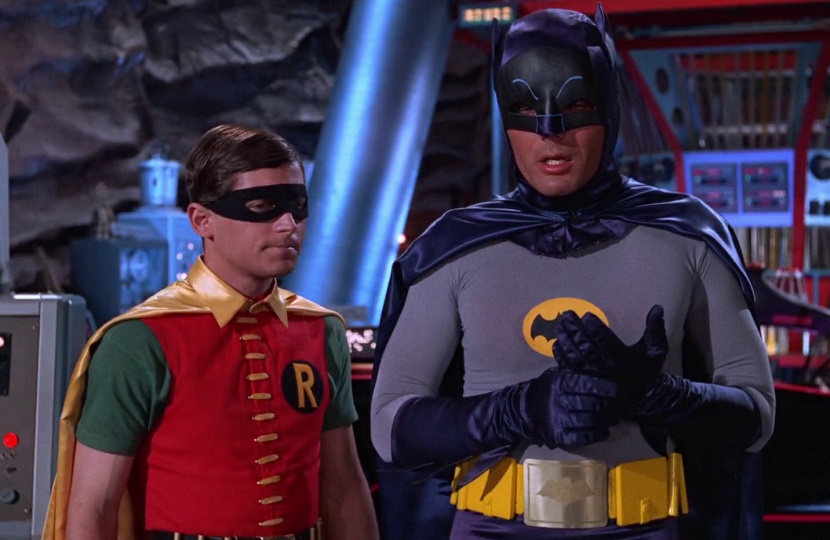 Holy auction results Batman! A treasure trove of 1960s Batman TV memorabilia has sold in California (June 5), during the first day of Profile in History‘s Icons & Legends of Hollywood sale.

The collection of screen-worn costumes included outfits worn by villains such as The Joker and The Riddler, as well as Batgirl and the small-screen ‘Caped Crusader’ himself, Adam West.

Many of the lots were snapped up by bidders for more than 10 times their initial estimates, proving that the iconic show remains popular with collectors more than 50 years after it first aired on US TV.

Leading the collection was an instantly recognisable outfit worn onscreen by Cesar Romero as The Joker.

Next up were the mask and cape worn by Yvonne Craig, who starred as Batgirl in the third season of the show from September 1967 until March 1968.

The purple velvet and lavender satin mask sold for $44,800, more than 10 times its low estimate, and the purple satin cape achieved $14,000, more than double its high estimate.

Further costumes crossing the block included a suit worn by Frank Gorshin as The Riddler in the show’s second episode ‘Smack in the Middle’, which sold for $10,240, and a pinstripe suit worn by Adam West as Bruce Wayne which realised $12,800.

The most valuable piece of Batman memorabilia ever sold is the original TV Batmobile, designed by car customiser George Barris, which sold in 2013 for a remarkable $4.6m.

Other notable sales have included the costumes worn by Adam West and Burt Ward as Batman and Robin, which sold at Heritage Auctions in 2005 for $36,000 and $24,000, respectively; and the bust of Shakespeare, containing a secret entry lever to the Batcave, which sold at Guernsey’s in 2008 for $40,000.