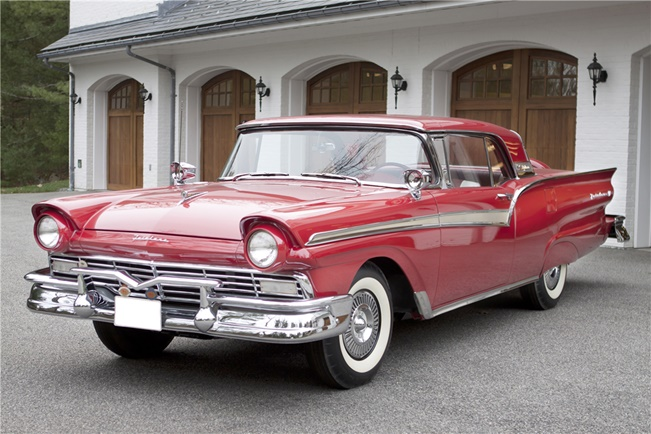 Barrett-Jackson has revealed early highlights from its forthcoming Palm Beach auction.
Having started the year in style in Arizona, with sales of more than $100 million, the company will now offer a hand-picked selection of vintage classics and modern-day supercars in Florida.

“This year’s Scottsdale auction kicked off our 45th Anniversary year with one of the strongest events in company history,” said Craig Jackson, chairman and CEO of Barrett-Jackson. “We’re excited to continue that momentum with our Palm Beach auction in April and we have an exciting weekend planned for what has become a true world-class lifestyle event in South Florida.”

Amongst the early announcements are a 1957 Ford Skyliner F-Code Retractable Hardtop, one of just seven examples built with a supercharged F-code 300 brake horsepower, 312ci overhead-valve V8 engine and a retractable hardtop; and a 1957 Ford Thunderbird F-Code Convertible, one of only 205 also fitted with the same supercharged engine.

Further notable American-built machines will include a 2006 Ford GT Heritage Edition, one of only 343 ever built, with just five miles on the clock; a 1969 Ford Mustang Mach 1; 1970 Pontiac Firebird Trans Am; and a 2007 Ford Shelby GT500 Super Snake.

“Our Palm Beach auction has become an annual tradition for automotive enthusiasts and collector car fans alike,” said Steve Davis, president of Barrett-Jackson. “The greatest part of our success in Palm Beach is a result of our incredible docket of cars. No other auction company brings the diversity and quality of collector cars to the area like Barrett-Jackson.”