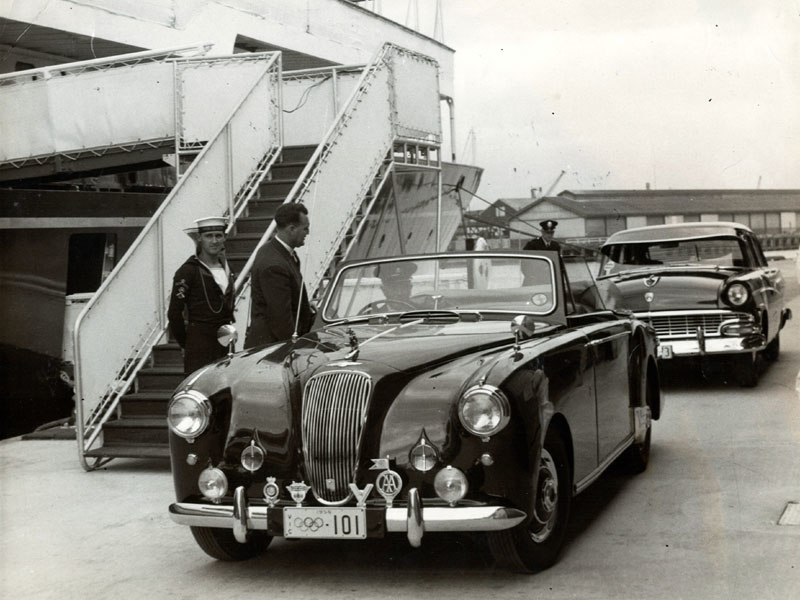 A unique Lagonda owned by HRH, Prince Philip, The Duke of Edinburgh could bring more than half a million dollars at auction next month.
The 1954 Lagonda 3 Litre Drophead Coupe, one of only 20 MK1 examples produced by Aston Martin, was built by special order for the Duke and fitted with extras such as a power hood and a floor-change gearbox.

It was also equipped with unique features includinga radio telephone, for which the Duke was allocated his own radio frequency by The Admiralty, and an extra vanity mirror, reportedly added so The Queen could adjust her hat.

It was driven by the Duke on a regular basis, as he dropped the young Prince Charles off at prep school and attended polo matches at Cowdray Park. The car was also regularly spied as the Duke attended The Thursday Club, a regular after-hours meeting of aristocrats, actors and society figures in Soho.

Having driven the Lagonda for seven years, including on his official tour of the Commonwealth in 1956-57, the Duke replaced it with an Alvis TD21 Drophead Coupe in 1961. That car remains in the royal collection and is currently on display at Sandringham, leaving the Lagonda the only one of the Duke’s personal cars in public hands.

The H&H Classics sale takes place it the Imperial War Museum in Duxford on April 20.