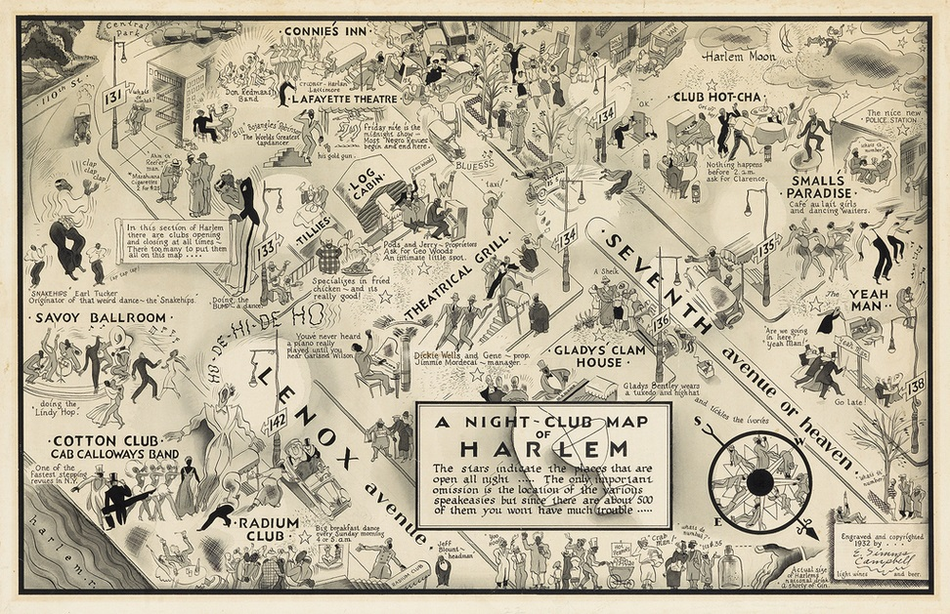 An original 1930s artwork featuring a map of Harlem nightclubs is one of the standout lots in Swann Auction Galleries’ annual sale of&nbsp; Printed & Manuscript African Americana.
The map was created by&nbsp; E. Simms Campbell in 1932, for the first-ever issue of Manhattan Magazine, and was republished nine months later in Esquire.

Campbell was the first&nbsp; African-American illustrator to be nationally syndicated in the U.S, with his single-panel cartoons known as ‘Cuties’. His artwork appeared in almost every single issue of Esquire from 1933 until 1958, and he also regularly contributed to magazines including The Chicagoan, Cosmopolitan, Ebony, The New Yorker, Playboy, Opportunity, Pictorial Review and Redbook.

His map features many of Harlem’s most famous Prohibition speakeasies and night-clubs, which attracted everyone from local jazz musicians and gangsters to politicians and Hollywood stars throughout the1920’s and 1930’s.

It picks out hot-spots such as The Savoy Ballroom, the Cotton Club, Gladys’s Clam Bar, the Radium Club, Small’s Paradise and Club Hot-Cha, along with many of the scene’s biggest characters and musicians such as&nbsp; ‘Snake-hips’ Earl Tucker, the ‘Reefer Man’, Cab Callaway, Don Redman, Gladys Bentley, and Bill ‘Bojangles’ Robinson.

Further artworks offered in the sale include a set of sketchbooks by painter and sculptor Masood Ali Wilbert Warren, spanning more than 20 years and featuring hundreds of original drawings, estimated at $40,000-$60,000; a large quilt presented to Maya Angelou by the president of liberia Ellen Sirleaf, entitled ‘The Love of Liberty Brought Us Here’, valued at $10,000-$15,000; and a highly rare, possibly unique copy of the first-ever Black Panthers poster, created in Lowndes County, Alamaba in 1965, featuring the slogan “Move On Over or We Will Move On Over You”, estimated at $8,000-$12,000. 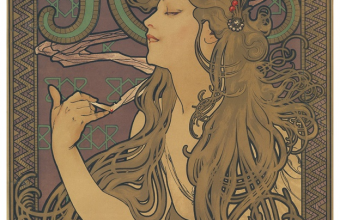