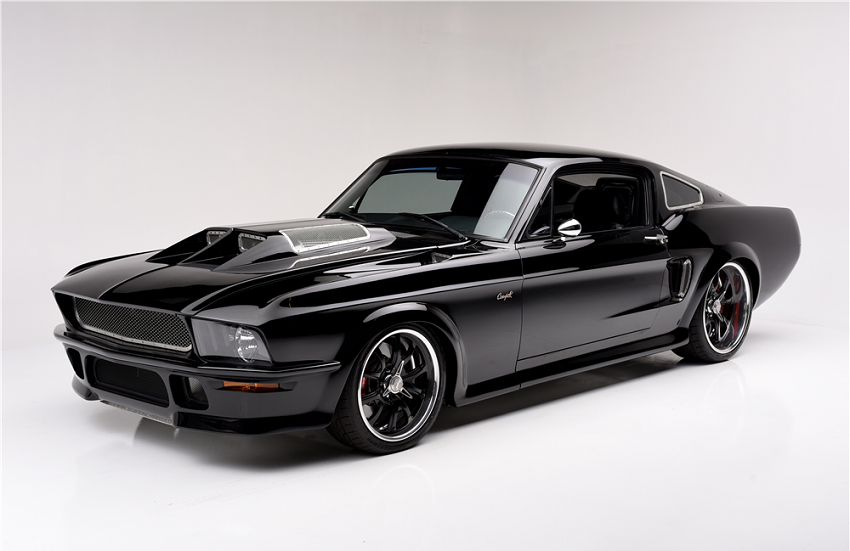 Barrett-Jackson has added a selection of American muscle to the roster of its inaugural Mohegan Sun sale.
The auction will offer an eclectic mix of vintage, customs, supercars and late-model vehicles, with exceptional cars from both sides of the Atlantic.

Amongst the sale’s most striking lots is a one-of-one 1967 Ford Mustang known as ‘Obsidian’. The custom features everything from a Tremec TKO 600 5-speed transmission and fuel-injected 392ci V8 with twin Rotex superchargers, to custom Recaro heated seats and handcrafted color-match dashboard and two-piece door panels.

Created by Matt Crouper of Autoworks International in El Cajon, California, the unique pony car was developed following an investment of more than $1.3 million into its research, development and build, and is described as "a true head-turner".

"Over the years Barrett-Jackson has become a household name among automotive enthusiasts and collector car fans alike," said Steve Davis, president of Barrett-Jackson. "We’re creating an event for our fans in the Northeast that will allow them to fully experience the Barrett-Jackson lifestyle. I’m confident our Mohegan Sun auction will deliver on their expectations."

The Barrett-Jackson sale takes place at the Mohegan Sun Casino and Resort in Uncasville, Connecticut on June 23-25.