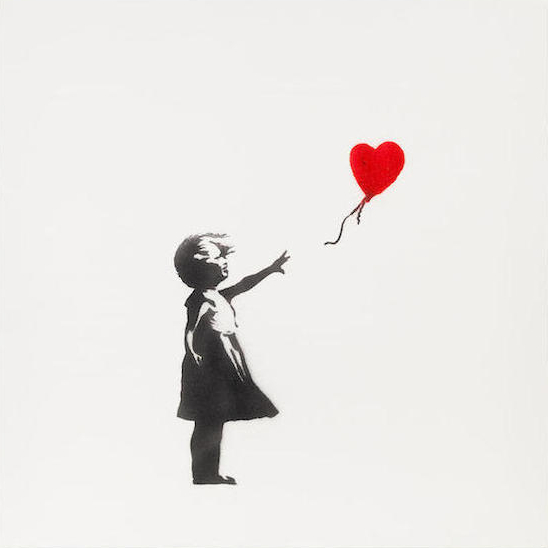 A limited edition print of the artwork recently voted Britain’s favourite has smashed its estimate at auction. Banksy’s 2003 piece Girl and Balloon sold for £345,000 ($477,000) at Bonhams’ Post-War and Contemporary Art sale in London on March 7.
While thousands of reproductions of the work exist, it is one of just a few hundred produced by the secretive street artist himself. This is numbered 17 in an edition of 25.

That price comfortably surpasses the work’s £200,000 pre-sale estimate and doubles the previous £169,250 high mark for a Girl and Balloon print.

Gareth Williams, the director at Bonhams’ post-war and contemporary art department, commented: “This result was remarkable because of the interest from around the globe.

“We had 15 bidders vying to acquire this work, including four who were in the room. In the event, the painting was sold to someone who was in the room.

“Recently we have seen Banksy’s appeal surge. And this has been reflected in the prices achieved in our saleroom."

It was the first time a Girl and Balloon print had auctioned since 2013 – adding further excitement to the sale.

Banksy painted the original work at London’s South Bank in 2002. Events firm the Sincura Group removed a further effort located on an east London shop in 2014, before auctioning it for £500,000 ($750,000) the following year. 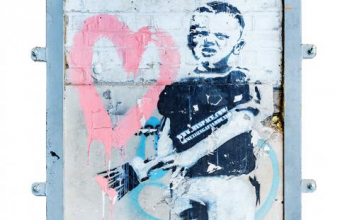