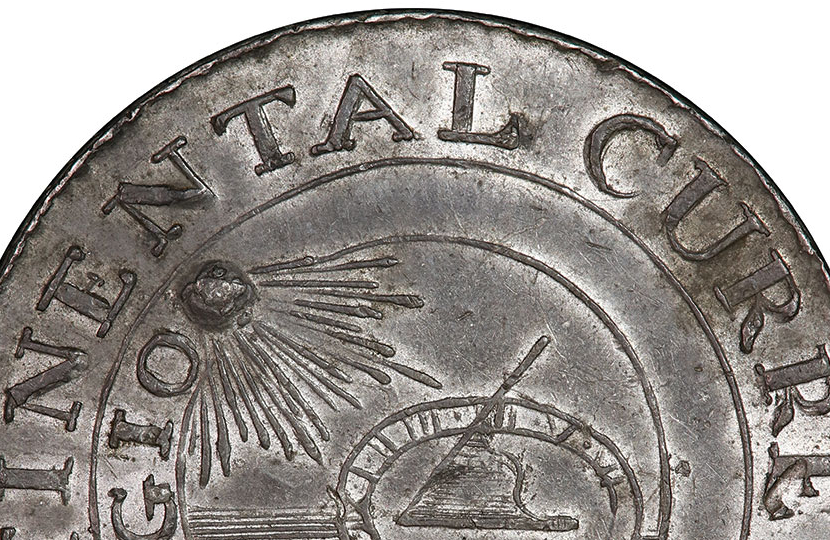 A highly rare American Revolution coin worth almost $100,000 has been discovered for just 50 cents at a flea market in France, according to Professional Coin Grading Service (PCGS).

The 1776 Continental Dollar was the first pattern coin ever struck for the United States, following the start of the American Revolutionary War.

The newly-discovered dollar is one of less than 100 examples known to survive, and has been authenticated and graded by PCGS as MS62, with a current value of approximately $97,500.

According to the owner, who wishes to remain anonymous, he found the 1776 Continental Dollar whilst hunting at a flea market in Northern France in June 2018, tucked inside a cookie box filled with old coins.

Although unaware of its true significance, he was curious and bought it for just 50 cents Euro, before enlisting the help of experts in the U.S to tell him more.

“One of the greatest joys in the hobby of numismatics is the thrill of the hunt – the hope of winning the numismatic lottery with one lucky discovery,” commented PCGS in a recent article about the coin.

“For one lucky person in France, that dream did come true. Discoveries like this enchant the hobby and continue that dream of what is left in the wild yet to be discovered. PCGS is thrilled to help collectors obtain the full value of their treasures and be a part of this wonderful discovery.”

The true origin of the 1776 Continental Dollar remains a mystery, almost 250 years after it was minted.

In the spring of 1776 the Continental Congress authorized the printing of paper money, including the dollar bill, to be used throughout the Revolutionary War.

Later that year they passed new resolutions to continue printing the bills, but made no official mention of the $1 bill, leading numismatists to believe they had been replaced by newly-minted $1 coins.

The traditional view was that the coins were designed by Benjamin Franklin, to include 13 chain links representing the 13 original colonies along with a motto which translates as “time flies, so mind your business”.

It was thought that around 6,000 pewter coins were minted in New York, but the majority were later melted down due to a wartime need for the metal.

However, in recent years experts have advanced another theory: that the coins were in fact novelty ‘medals’ produced in England, made in pewter as a satire on the ‘worthless’ value of American currency as the nation fought for its independence.

The evidence includes entries in 18th century records describing the 1776 dollars as commemorative “medals” and a letter from renowned American silversmith Paul Revere who wrote “As for pewter money struck in America, I never saw any.”

Whatever the true history of the 1776 Continental Dollar, prices suggest it remains a rare piece of American numismatic history which continues to intrigue collectors.