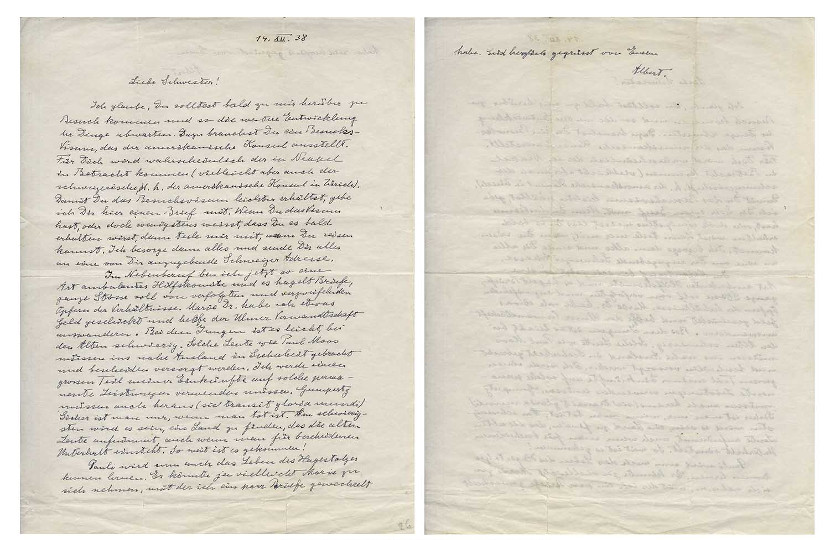 Albert Einstein explains how he has been helping Jewish refugees in this 1938 letter (Image: Nate D Sanders)

A pair of letters from Albert Einstein were the standout lots of Nate D Sanders’ most recent sale on June 28.

The first, sold for $31,250, is addressed to his sister and dated December 14, 1938. Einstein laments the cruelty of the Nazi regime and explains how he has been assisting friends and relatives to escape Germany. He also urges her to leave the country as soon as she is able.

It reads in part: “As a sideline, I am now working as some sort of itinerant relief committee and buckets of letters are coming in, whole stacks full of persecuted and desperate victims of the current situation.

“…I am helping the Ulm [city in Germany] relatives with emigrating. It is easy for the young ones, but difficult for the old ones…

“Only when you are dead will you be safe. The most difficult thing will be finding a country that will accept the old people, even if one provides a modest livelihood for them. That is how things have turned out by now!”

The second is from March 28, 1933 – the day he renounced his German citizenship. Einstein was in America when the Nazis took power and never returned to the country of his birth.

Einstein and his wife Elsa wrote this letter (also to his sister) aboard the S.S. Belgenland en route to Antwerp – where they turned their passports in. They had originally planned to return to Germany, where their family was living. Much of the text concerns their son Tetel and Elsa’s concerns over a speech Einstein gave denouncing Nazism. This letter sold for $30,250.

The highest prices for Einstein letters are typically reserved for those referencing his scientific theories. That said, the record stands at $1.5m for a note he gave to a Japanese courier in 1922. 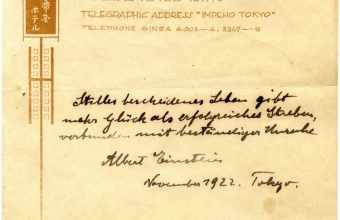