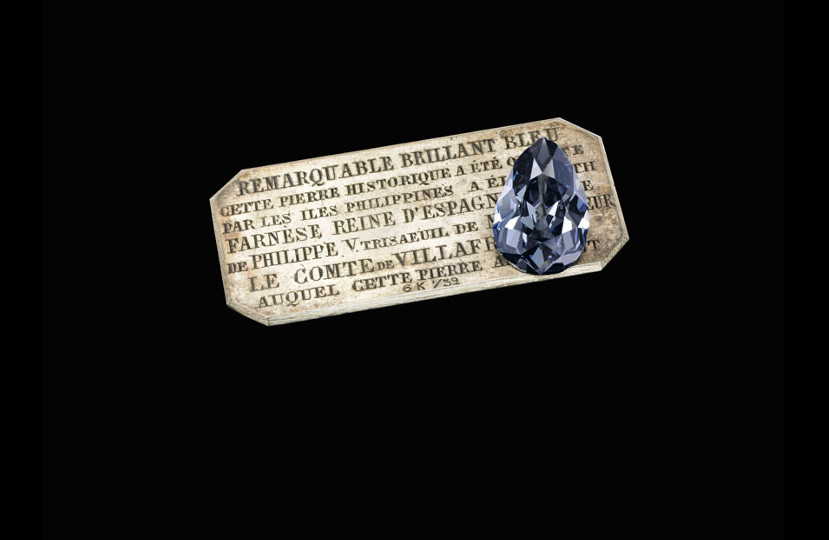 The Farnese Blue, a unique historical 6.16 carat blue diamond, will star in Sotheby’s Magnificent Jewels & Noble Jewels sale in Geneva on May 15 with a valuation of $3.5m-5m.
The stone is named for Elizabeth Farnese, who married King Philip V of Spain in 1714. This was one of the many fabulous treasures carried on the legendary Golden Fleet, which left Cuba in August 1715, stuffed with a dowry of gold, silver and precious stones.

The 12 ships hit a hurricane in the Florida Gulf. All were sunk, save one that had this stone among its cargo.

The Farnese Blue was found in the Golconda diamond mines near the modern Indian city of Hyderabad. Quite how it arrived in the New World is a bit of a mystery. It seems likely it was carried there by a Spanish noble some decades before.

David Bennett, chairman of Sotheby’s international jewellery division, said: “It is difficult to put into words the excitement of holding between thumb and forefinger a gem discovered centuries ago, knowing it originated in the legendary Golconda diamond mines of India.

“This stone has witnessed 300 years of European history, and in colour is reminiscent of historic Golconda blue gems such as the Hope diamond.”

The top result for a blue diamond at auction is $57.5m, set for the 14.6 carat Oppenheimer Blue. While that stone is only double the size of the Farnese Blue it’s around 10 times more valuable. That’s because blue diamonds of more than 10 carats are impossibly rare.