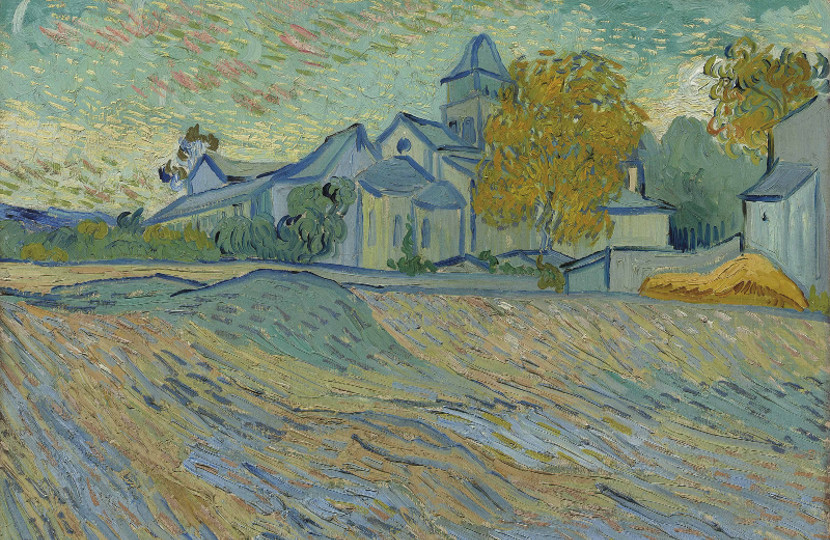 On May 15 Christie’s will auction Vincent van Gogh’s Vue de l’asile et de la Chapelle de Saint-Remy in New York.
The painting once belonged to the great British actor Dame Elizabeth Taylor (1932-2011). In 2012 it was sold as part of the auction of her estate in London, where it made £10.1m ($14.2m). This time around it’s expected to sell for in excess of $35m.

The market for Van Gogh has never been more buoyant. Last year, the artist’s Laboureur dans un champ sold for $81.3m – well above its $50m estimate. Christie’s will be hoping for a similar result here.

The work depicts the asylum at Saint Remy, where he committed himself after a psychotic episode that led to him cutting off part of his ear. This was one of the most prolific periods of his career, resulting in around 150 paintings – including the magisterial Starry Night.

The present work was one of a handful from this period that Van Gogh painted outside. His condition had stabilised by the end of his stay and he was allowed to walk in the fields around the hospital. This is his only view of the building from the outside.

The piece has been included in some major retrospectives of the artist’s work. Taylor purchased it through her father, the art dealer Francis Taylor, in 1963 for £92,000 ($129,413).