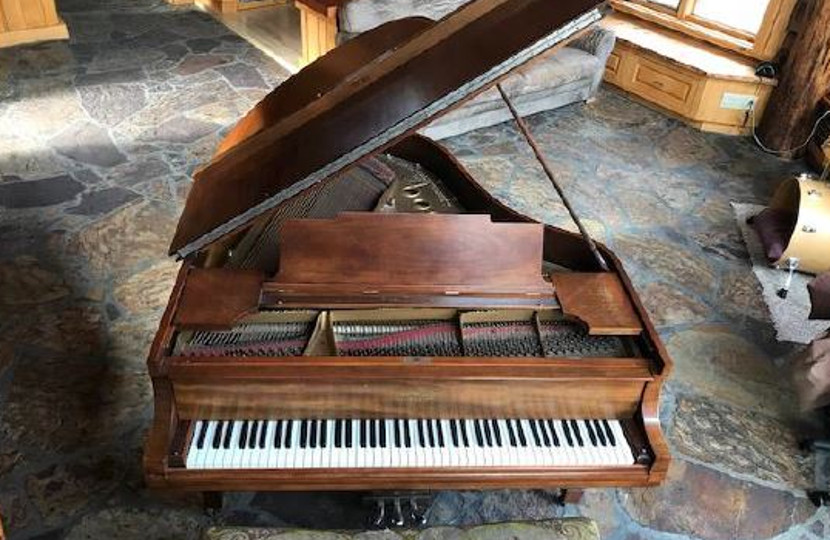 A 1924 model M Steinway piano that prolific songwriter Carole King used to write some of her biggest hits is heading to auction on April 20.
Christie’s will feature the lot as part of its annual Exceptional Sale. It’s expected to make around $40,000-60,000.

King started out her career in the early 1960s, although she’d been playing and writing music since her early childhood. In 1959 she met her first husband, the lyricist Gerry Goffin (they divorced in 1969). Theirs would be one of the most fruitful song writing partnerships in history.

Together they authored some of the best loved songs of the 20th century, including Will You Still Love Me Tomorrow, The Loco-Motion and (You Make Me Feel) Like a Natural Woman.

In all, 118 of King’s tracks have made it into the Billboard Top 100. Over the years she has been showered with honours, including becoming the only woman ever to be awarded the Library of Congress Gershwin Prize for Popular Song.

This piano stood in the living room of King’s home in Laurel Canyon from 1971 until very recently. It can be seen on the cover of King’s 1971 album Music.

Becky MacGuire, head of the Exceptional Sale, says: “It is magical to sit at this instrument that was played and loved for decades by the legendary Carole King, writer and performer of music beloved by generations of listeners.”

The piano will be on display to the public at Christie’s New York auction rooms from April 12-20.