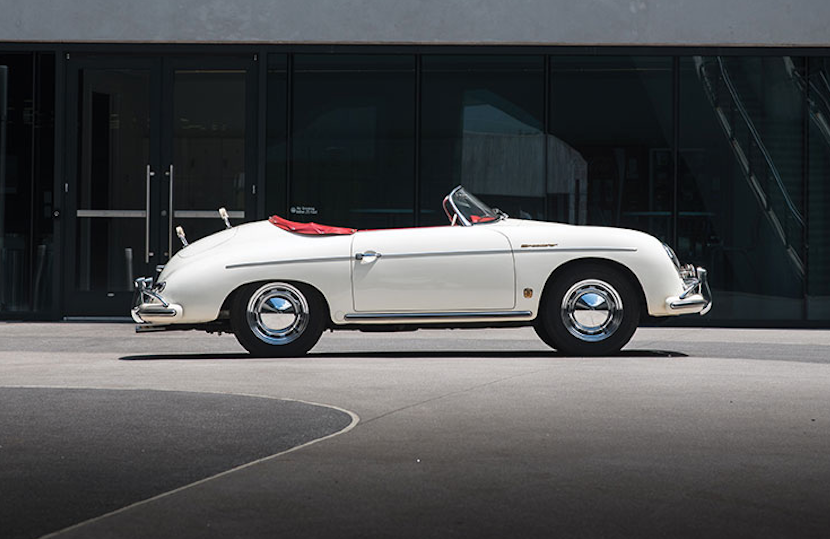 The Porsche Super Speedster was introduced to the US market in the mid-1950s (Image: RM Sotheby's)

Take a look at this stunning 1956 Porsche 356 A 1600 Speedster, set to feature in RM Sotheby’s Porsche 70th Anniversary auction on October 27.

The car (more commonly known as a Super Speedster) comes from the collection of Robet Howry, a butcher from Lancaster County, Pennsylvania. It’s valued at $500,000-600,000.

Howry bought the Speedster second hand from a local scrap dealer in 1967 and has looked after it carefully over the past five decades. Incredibly this car has just a few thousand miles on the road and, crucially, has never once been restored.

The interior leather has been kept supple with an annual application of linseed oil, while the 1.6 litre, 60bhp engine and body have been preserved through careful management.

“This is one of finest and most original Super Speedsters to emerge in recent years, and we’re honored to offer it at our auction,” says Alexander Weaver, RM Sotheby’s car specialist.

“Today, the Porsche Super Speedster is a much sought-after automotive icon from an early era in the 70-year heritage of Porsche, and this car is a true time-capsule example, offering a rare opportunity to experience a classic Porsche essentially just as it was when it left the factory 62 years ago.

“It has never been restored because it was never needed, and it is offered from a couple who embodies the idea that a Porsche is better together.”

The auction will take place at the Porsche Experience Center in Atlanta. In all 70 classic cars will cross the block, with each specially selected to represent the marque’s long and distinguished history.