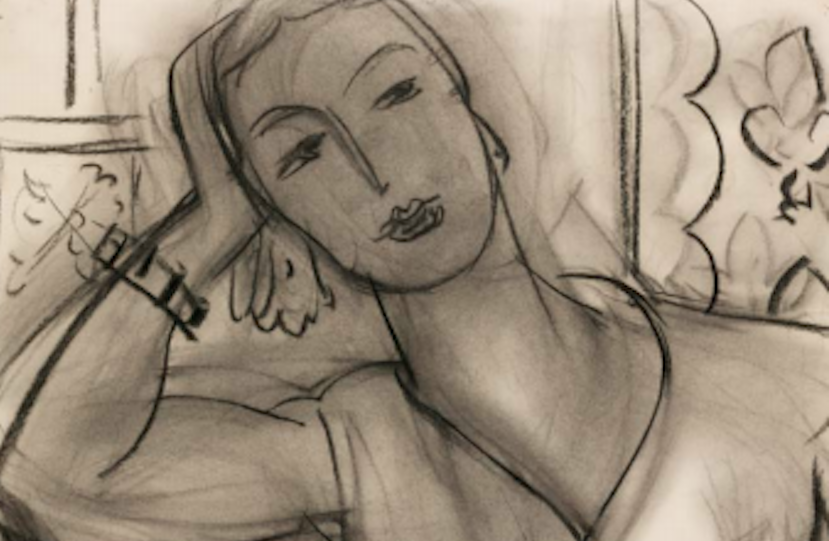 A drawing of the writer and socialite Mary Hutchinson by Henri Matisse will sell with an estimate of £2m-3m ($2.6m-4m) at Sotheby’s on June 19.

Hutchinson was a member of the infamous Bloomsbury Group, a loose affiliation of artists, writers and intellectuals that also included Virginia Woolf and EM Forster among its members.

The group was particularly well known for its denizens’ complex love lives. Hutchinson herself had a long affair with the critic Clive Bell. Bell’s wife Vanessa actually painted a number of portraits of Mary (including one particularly unflattering example that’s now in the Tate Gallery’s permanent collection).

Hutchinson sat for Matisse in June 1936, after the pair met through a friend. Her husband, St John Hutchinson, paid around 8,000 francs for the finished portrait. That works out to around $16,000 today – a not insignificant sum for the era.

The lot is consigned from the collection of their son, Jeremy Hutchinson QC, a barrister who worked on some of the most important British trials of the 20th century – including the defence of Lady Chatterly’s Lover.

Thomas Boyd-Bowman, Sotheby’s impressionist and modern art specialist, said: “Executed with the utmost elegance and economy of means, this charcoal portrait presents the fascinating Mary Hutchinson, one of Bloomsbury’s most stylish luminaries.

“Portraits of named sitters by Matisse come to the market exceptionally rarely, and this stunning image is one of only a handful ever created of a British subject.”

Matisse’s charcoal illustrations are celebrated for their spare beauty. He began using this material in the mid to late 1930s as a way to quickly sketch out ideas for paintings. You can still see his original lines beneath the finished work. At one stage he drew Mary with her head up a little, before changing his mind and showing her looking straight on.