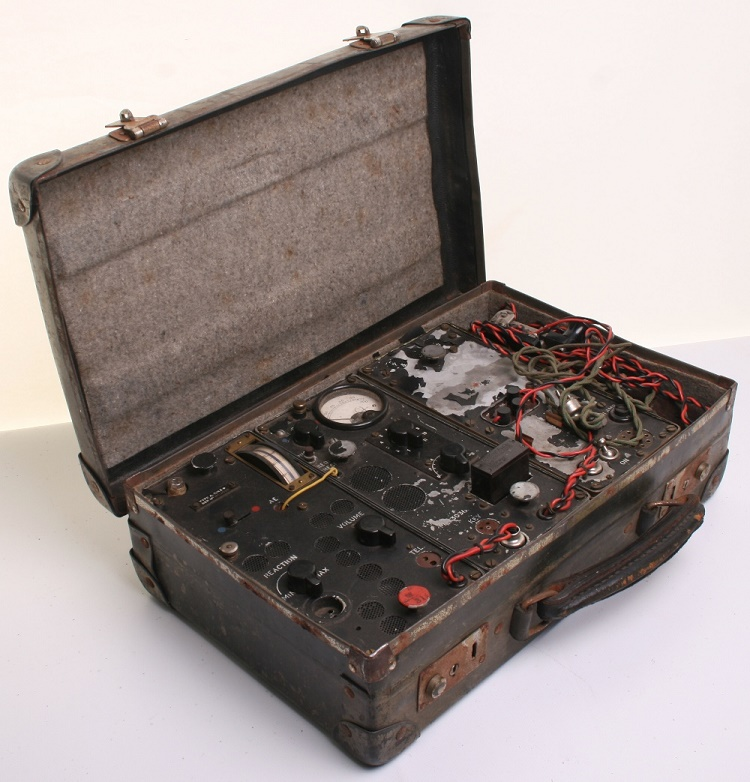 A secret suitcase radio used by the French resistance during WWII is heading for sale with C&T Auctioneers later this month.
The company’s Military Collectables sale will offer 550 lots spanning centuries of conflict, including medals and decorations, badges and insignia, uniforms, edged weapons, personal effects and ephemera.

Amongst the most unique items is the Type A MKII Suitcase Radio, which were manufactured in Britain and issued to S.O.E agents before they parachuted behind enemy lines.
It’s believed this radio, disguised inside a civilian blue leather suitcase, was delivered to members of the French Resistance, who then used it to relay information about German troop movements and Luftwaffe bombing targets back to the Allies.

The MKII radios were soon replaced with the much-lighter MKIII models, and many were destroyed to maintain secrecy, making these radios highly rare and sought-after by today’s collectors. This example, made in 1942 and retaining all original fittings and attachments, is now expected to sell for £1,500-£2,500.

The most valuable lot of the sale is a medal grouping awarded to French Resistance fighter Ernest Bechet, part of the Marco Polo Network, who was captured by the Gestapo and interned in Buchenwald Concentration Camp.

Bechet’s story saw him captured during the Fall of France in 1940 and sent to Germany, before escaping and returning to his homeland to serve as a valuable member of the Resistance. He was later captured and tortured by the Nazis, but refused to reveal any information, and survived incarceration at Buchenwald before being repatriated again after the war.

Upon his return, Bechet went back to his pre-war job with Paramount Pictures in Paris, and was awarded numerous medals including the 4th class Legion of Honour, Medaille Militaire, Croix de Guerre with four palms to the ribbon, Voluntary Combatants cross, Resistance Voluntary Combatants cross, French Resistance medal, medal for escaped Prisoners of War, French combatants cross, and a cased George VI Kings Medal for Courage. This grouping, which honours Bechet’s remarkable life, comes with an estimate of £3,500-£5,500.