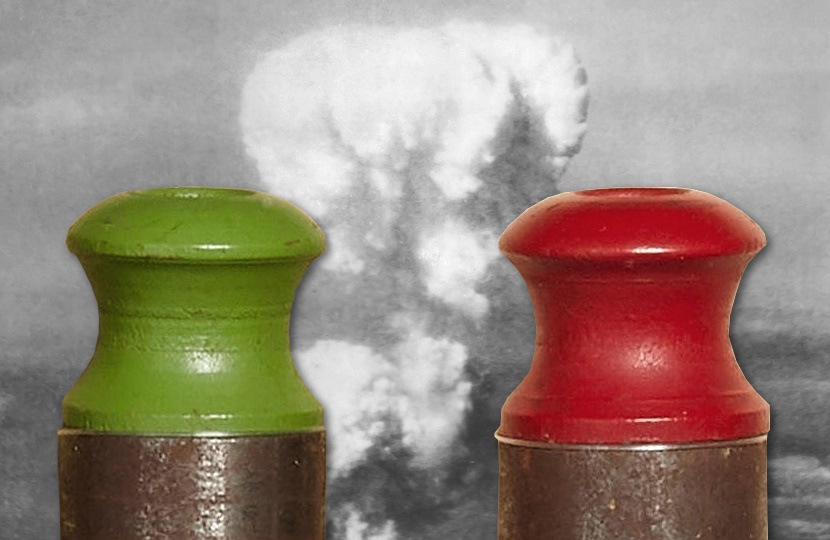 A set of original bomb plugs from ‘Little Boy’, the first atomic bomb dropped on Hiroshima during WWII, is currently up for auction at Bonhams in New York.

‘Little Boy’ became the first nuclear weapon ever used in warfare when the U.S bomber Enola Gay dropped it on the Japanese city of Hiroshima on August 6, 1945.

The attack on Hiroshima, along with the subsequent attack on Nagasaki three days later, are said to have played a large role in forcing a Japanese surrender and the end of WWII.

The bomb plugs originate from the personal collection of Lieutenant Morris Jeppson (1922 – 2010), who served as Weapons Test Officer on the Enola Gay during the mission.

Jeppson was a Yale, Harvard, and MIT-educated electrical engineer who worked alongside Los Alamos scientists to design bomb firing mechanisms as part of Project Alberta.

The design of the Little Boy bomb included a set of three green safety plugs which prevented the firing mechanism from connecting to the battery, ensuring it couldn’t detonate prematurely in-flight.

As the Enola Gay approached its target it was Jeppson’s job to climb into the bomb bay, remove the green safety plugs and replace them with red arming plugs, before the plane climbed to high altitude and dropped the bomb.

The red plugs completed the internal electrical circuit within the bomb, and allowed it to be detonated using radar at an altitude of 1,500 ft.

When Jeppson returned home he retained the three safety plugs from the bomb as souvenirs, along with a series of unused arming plugs from the mission.

He kept a pair for myself and presented another to his boss Dr. Edward B. Doll, Head of Project Alberta’s Fusing Team.

In 2002, following a legal battle over ownership with the U.S Government, Jeppson sold the plugs from his own collection at auction in the U.S for $167,000.

The plugs currently offered at Bonhams are those originally gifted to Dr. Doll, which have remained in his family by descent for over 70 years.

Both plugs come complete with their original 1945 inspection tags, bearing Jeppson’s handwriting and a note of authenticity from Doll which reads:

“7 August, 1945 / Tinian Island / I certify that this is one of the three green safety plugs used on L-11 at Hiroshima, Japan. This was the first atomic bomb used in the history of mankind. EB Doll.”

An estimated 66,000 people were killed and a further 69,000 were injured by the Hiroshima blast, which destroyed everything within a one-mile radius and created a hellish firestorm which engulfed the city.

It’s now believed that between 90,000 and 146,000 people died due to a result of the Hiroshima bombing, most of whom were civilians. 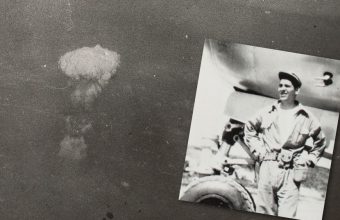