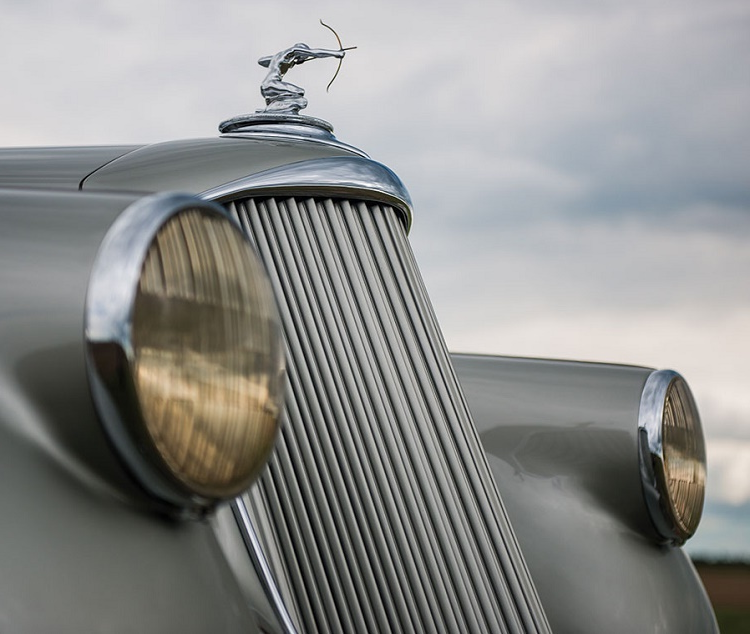 The first Pierce-Arrow Silver Arrow ever produced is heading for the auction block in Pennsylvania next month.
The historic car will be the centrepiece of RM Sotheby’s annual Hershey sale, which will offer 140 automobiles from American Brass-Era to post-war classics.

The Silver Arrow was one of the most remarkable automobiles in the Travel and Transport exhibition at the 1933 World’s Fair in Chicago.

Built with gleaming silver coachwork, a streamlined body and a host of innovative features, the car represented a glimpse of the future and was promoted with the slogan "It gives you in 1933 the car of 1940."

However, the car was so ahead of its time, and so expensive to produce, that just five examples were ever built, and only three of those survive to this day.

The car offered in Hershey is indeed Silver Arrow body #1, engine #360001 -&nbsp; the first hand-built example out of the factory, which was sent straight out to make its public debut at the 1933 New York Auto Show.

After appearing on Pierce-Arrow podiums along the East Coast, the car was sold to its first private owner: Mr M.C. Hudson, the San Francisco distributor for Crazy Water, a famous mineral water bottled in Texas since 1881.

Hudson had the Crazy water logos painted on both doors, and used the car as an eye-catching promotional tool for his business, before passing it on to a fellow distributor.

It was rediscovered by a Pierce-Arrow enthusiast in Texas in the mid-1950s, and was soon acquired by James Brucker Sr., a notable collector who supplied unusual antique vehicles to Hollywood productions.

In the 1970s the Bruckner family opened up their own museum, Movieworld Cars of the Stars, where the car spent years on display next to the original Robby the Robot and a fully-functioning guillotine.

It was later part of the internationally renowned Blackhawk Collection in California, before becoming the award-winning centrepiece of the Thomas F. Derro Collection.

Following Derro’s passing in January 2017, RM Sotheby’s is now set to offer several cars from his esteemed collection. The Silver Arrow, which Derro always claimed to be his favourite car, will lead the sale with an estimated value of $2 – $3 million.

"Not merely an automobile, the Derro Silver Arrow could be considered an Art Moderne monument and a symbol of the streamlined age at its finest and most audacious," said the auction house.

"Treasured and shown for over two decades but never for sale, it is now offered today with considerable pride as what it has always been, first and foremost: a showstopper."