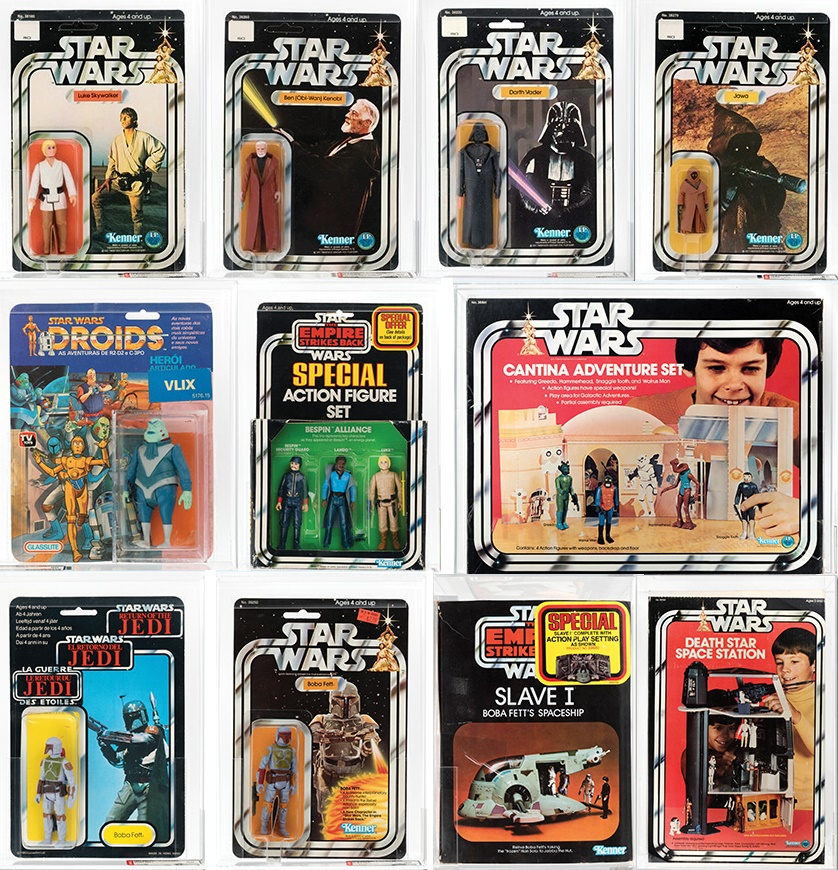 Hake’s Americana is set to present a remarkable collection of vintage Star Wars toys in their November 2017 auction.
The Russell Branton Collection features a complete set of toys made by from 1977 through to 1986, and has been described as "the best original trilogy vintage Kenner collection to ever come to auction".

The collection will be offered across several sales, starting with around 60 lots in the upcoming auction, which runs online from October 24 until November 16.

“For 50 years Hake’s has taken great pride in bringing the best collectibles to our worldwide clientele," said Hake’s President Alex Winter. "As often as possible, high grade and rarity are key elements in what we offer on the auction block."

"That is what has us so excited about the Star Wars Collection of Russell Branton. This is the best of the best, and it’s for a property that 40 years on is as popular and relevant as it was upon taking the world by storm in 1977.

The collection is a veritable check-list of the rarest and most sought-after Star Wars toys on the planet, all on-card and highly graded.

"It was always my mission to obtain the entire collection and eventually sell it off," said Branton, whose love of Star Wars began as a child, and developed into a world class collection in 1993.

"I did have them all graded to authenticate each piece and also to show the high quality of each piece. I wouldn’t purchase anything that had a low grade. That’s why it took me 10 years to complete my collection."

"From a personal standpoint, and as a fan of the original trilogy, offering this collection really takes me back to my youth," added Winter.

"As an impressionable child, I saw the original Star Wars film upon its initial release. To this day, I still have all of my figures and accessories and even have some on display in my office.

"That is one of the most enjoyable aspects of collecting, and again, something Hake’s has helped collectors of all ages do over our 50 years in the industry.”