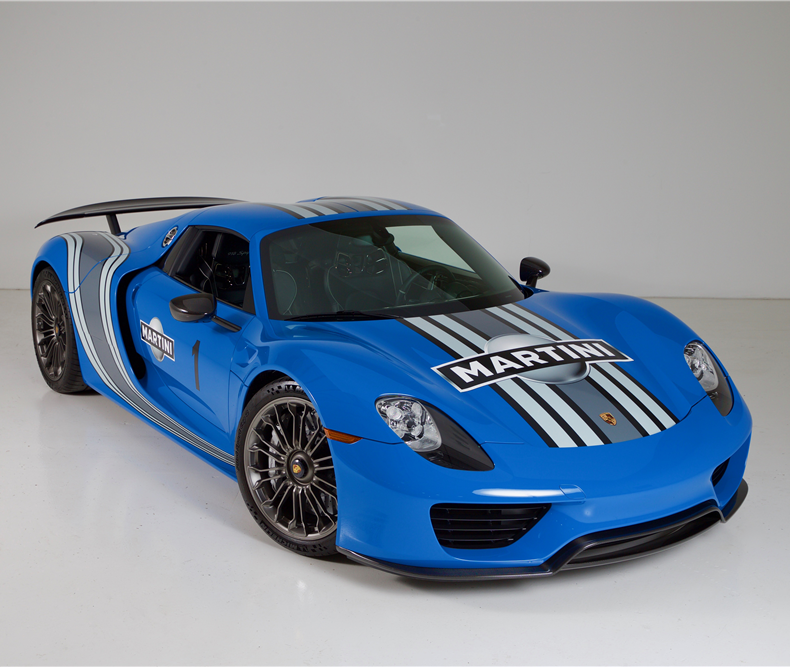 Barrett-Jackson is preparing to host its 10th annual Las Vegas auction – and it’s bringing a line-up of world-class supercars along for the ride.
The auction, which takes place at the Mandalay Bay Resort and Casino on October 19-21, will offer collectors and enthusiasts the chance to bid on hundreds of vehicles.

Amongst those are iconic European supercars from the world’s most desirable marques, including Ferrari, Lamborghini, Porsche and Mercedes-Benz.

"Supercars represent what every child dreamed of and aspired to have in their garage as adults. We’re giving our Las Vegas guests a chance to make those dreams a reality with an incredible selection of supercars – from an early ’80s Ferrari to today’s rarest Porsche. I have no doubt these cars will inspire the next generation of supercar owners."

One of the most notable highlights is a unique 2015 Porsche 918 Spyder (pictured, top), offered from the collection of the Rock and Roll Car Museum in Austin, Texas.

As one of only 918 examples ever built, the Porsche has a top speed of 217mph and is the world’s only 918 Spyder finished in Voodoo Blue.

Further highlights include a 2008 Ferrari 599 GTB, a 1986 Ferrari Testarossa and a 2007 Lamborghini Gallardo Spyder

And for petrol heads who like their supercars built at home, top lots will include a 2005 Ford GT in Centennial White with just under 11,000 actual miles, and a 2006 Ford GT Heritage Edition, one of only 343 examples produced.

"As a premier destination city that’s known for its lavish, high-speed lifestyle, these exotics and supercars will be right at home. While highly coveted among collectors, these supercars represent aspirational marques that reach into the heart of every performance enthusiast."