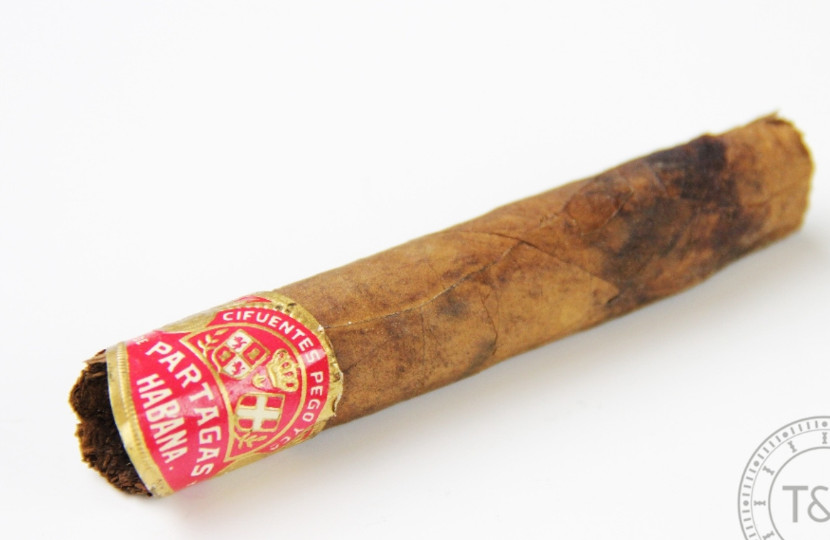 That’s more than double the £1,000 ($1,333) valuation placed on it before the May 19 auction at Trevanion and Dean in Whitchurch, UK. TV host Piers Morgan has announced himself as the buyer, writing on his Twitter feed: “I feel so patriotic today that I just bought Sir Winston Churchill’s half-smoked wartime cigar at an auction.”

As Churchill was rarely seen in public without a stogie on the go, these sparked out specimens have become key collector’s items. The record stands at $12,000, paid in 2017 for one Churchill left behind after hopping on a plane at Le Bourget Airfield in Paris in 1947.

However, Morgan may have bagged himself a bit of a deal here – because the present cigar has far greater historical resonance than most. Churchill smoked it aboard the HMS Duke of York in 1941, en route to spending three weeks staying at President Franklin Roosevelt’s White House.

As auctioneer Aaron Dean explained to local paper the Whitchurch Herald: “Churchill was sailing with his chief of staff and military advisors to meet with Roosevelt following the attack on Pearl Harbour and America’s entry into the Second World War to support the allies.

“The cigar is something we all instantly associate with Churchill, throughout his political career he was practically inseparable from his cigars, and here is a rare opportunity to be able to own one of Churchill’s personal cigars.

“Other ‘Churchill’ cigars have been offered on the open market but none from such a pivotal period in our history.”

The lot was brought home by the reverend Robert Rowland Evans, who was serving as the ship’s chaplain. While it’s more than half smoked, it still retains its original band.