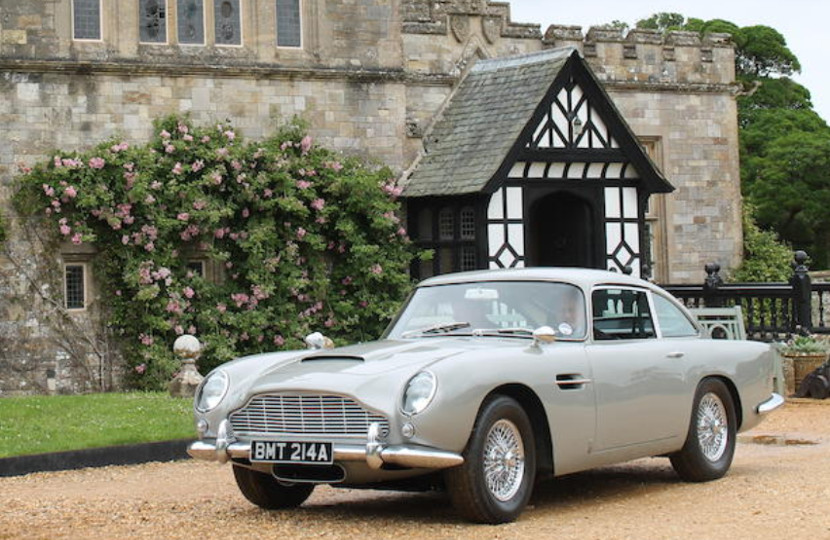 Bonhams will offer a 1965 Aston Martin DB5 that appeared in popular James Bond movie Goldeneye (1995) in its Goodwood Festival of Speed sale on July 13.

The annual auction takes place against the backdrop of this iconic hill climb event and will feature a fabulous array of classic cars.

The car features a powerful 282bhp engine and is finished in silver birch. It’s one of two DB5s used during stunt sequences. The other is still around today. It recently appeared in 2015 Bond movie Spectre.

Sholto Gilbertson, director of Bonhams’ motor car department, comments: “The DB5 is one of the most recognisable and desirable British classic cars in the world – it is also the ultimate Bond car.

“Every fan remembers Pierce Brosnan tearing through the hills in this car, and it must be up there as one of the most thrilling Bond car chases in history. This Aston Martin is something very special indeed.”

The sale will also feature a 1961 Aston Martin DB4 GT Zagato that was once raced by legendary British driver Jim Clark.

Only 19 of these astonishingly beautiful cars were made in collaboration with Italian coachmaker Zagato. The curving lines more closely resemble a Ferrari, albeit one painted in British racing green.