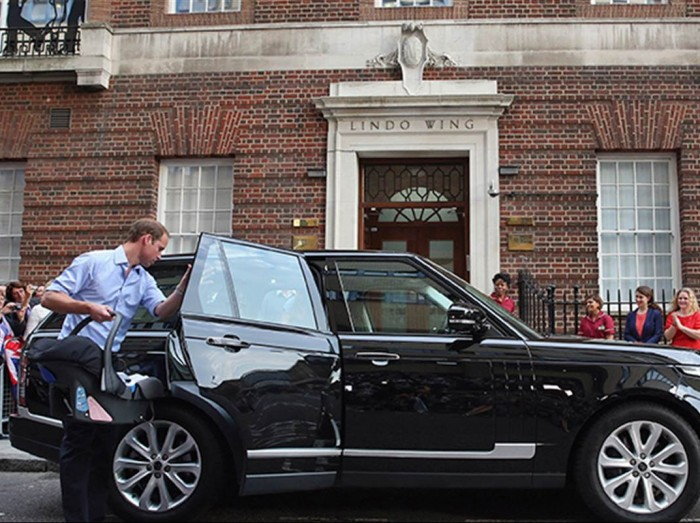 A royal Range Rover used by The Duke & Duchess of Cambridge to drive their son Prince George home from hospital is up for sale in an online charity auction.
The Range Rover Vogue SE was William and Kate’s personal vehicle, and was seen around the world as international film crews captured them leaving the hospital, following George’s birth in July 2013.

Experts believe the car to be a "future classic", which is set to rise in value once William assumes the throne and becomes King.

"The Historic association of having served two future Kings and a future Queen is making this vehicle one of the most sought after in the history of Royal vehicles," said a spokesperson for the CharityStars website.

"It has attracted significant Global interest from families expecting their first-born child, as new Parents will not only be able to enjoy the luxury and prestige of the car itself, but in being a part of the Royal couple’s Historic story, during their ‘once in a life-time opportunity’ to drive their baby home from Hospital."

All proceeds from the sale of the historic Range Rover will benefit two charities: Sun Screen IT, which donates desktop computers to schools, hospitals and orphanages in developing nations, and Stand Down, a Military mental health charity which provides online counselling and support to the Armed Forces Community.