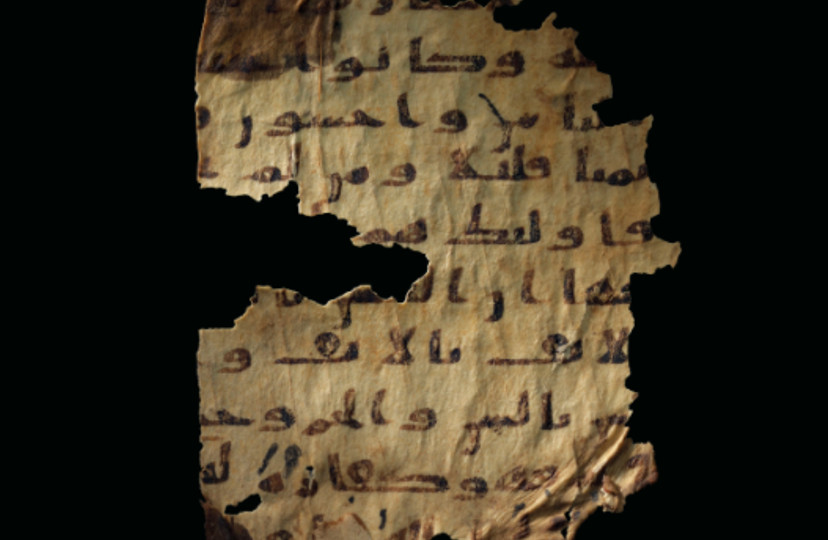 An unrecorded fragment of the Quran copied onto nine leaves of an earlier Coptic bible has sold for £596,750 ($817,056) at Christie’s.
The lot originates from Egypt in the 7th or 8th century, during the Islamic conquests. The Copts are still the largest Christian minority in the region.

This type of document (a new text copied on to an older piece of parchment) is known as a palimpsest. The old text was typically washed or scraped off. This was a regular practice when parchment was in use as it was prohibitively expensive. A vast number of older texts have been lost as a result.

Today historians are able to read the older text by scanning it with ultraviolet light. This example features a passage from the Old Testament Book of Deuteronomy

Intriguingly, this is the only known specimen of a Quran copied over a Christian text. It dates to the era of the earliest Islamic caliphates, the first of which was formed by the prophet Muhammad in the 7th century.

Dr Eleonore Cellard, postdoctoral fellowship at Paris’ College de France, said: “This is a very important discovery for the history of the Qur’an and early Islam. We have here a witness of cultural interactions between different religious communities.”

Quran palimpsests are extraordinarily rare and typically change hands for vast sums of money. This appears to be only the second ever offered at auction. In 2008 a leaf from a Hijazi Quran made £2.4m ($3.4m) in London.