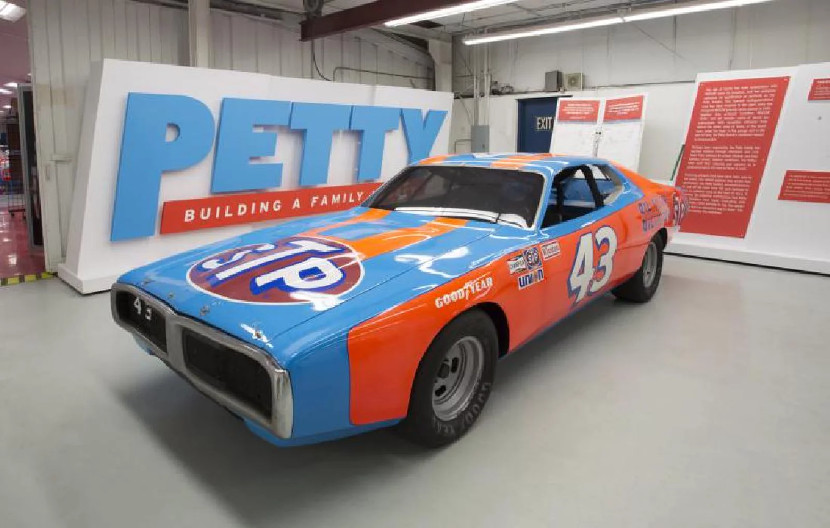 Julien’s Auctions is selling the lifetime collection of celebrated NASCAR racer Richard Petty in a May 12 sale, valued at $400,000-600,000.
Known in the game as The King, Petty began his racing career in the stock car championships of the 1950s. He holds the record for the most professional victories in the sport’s history (200), including seven wins at the prestigious Daytona 500.

The headline lot is a 1974 Dodge Charger Nascar 500/31, which Petty raced throughout the 1970s. This included the 1974 and 1975 Grand National/Winston Cup Series championships and the 1974 Daytona 500, where Petty secured his fifth victory in the event.

In fact, Petty won 31 of the 37 tournaments he entered in this car. He only stopped using it in 1978, as NASCAR rules mandated four years was the maximum permitted age for a racing model.

Petty says: “The Dodge Charger was really a big part of my career. We won the championship with Plymouth in 1971 and ‘72, and in 1973 we started racing the Dodge Charger. We probably should have won the Championship that year, but fate just didn’t have it that way.”

This was the last time Petty would take to the podium in NASCAR’s most iconic race. The estimate reflects its importance to his career. &nbsp;

Petty explains: “You probably remember your first and last. And this was our last Daytona 500 win. It was our seventh Daytona 500… anytime you won the Daytona 500, it was a big deal. Sometimes it was bigger than the championship because it was that big.”

The rest of the sale includes personal items Petty has collected over the years, including a taxidermy bird, three rifles and a Walmart greeter’s tag.