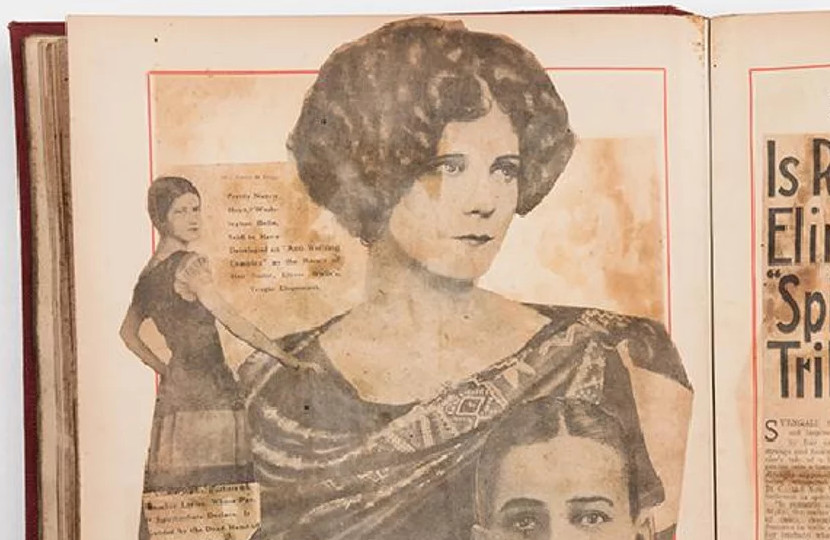 Harry Houdini’s two volume scrapbook on the subject of spiritualism was the star of Potter &amp; Potter Auctions’ Spring Magic sale on April 28 with a final bid of $55,000.
The book dates to between 1922 and 1925 and consists of hundreds of newspaper and magazine cuttings on séances, mediums and the supernatural.

Houdini became obsessed with spiritualism in the early 1920s, following the death of his mother. He initially began attending séances to try and get in touch with her in the afterlife, but soon realised he and the other attendees were being duped.

In the years up to his death he devoted himself to debunking mediums, often turning up in disguise to reveal to the crowd exactly how the supernatural effects were being achieved.

Below one headline related to a girl from St Louis with alleged psychic powers Houdini writes: “This is a lie Doyle told me he never even spoke to the girl. I believe it was only a press agent stunt of HC.”

Other highlights included a two-colour broadside poster advertising a show by Houdini “The Jail Breaker and Dexerous Handcuff King” in Liverpool, UK on May 29, 1905.

He’s on the bill with several other acts, including Wee Mona and the Boston Twins. Houdini’s section of the show included the Prison Cell and the Barrel Mystery, two staples of his routine.