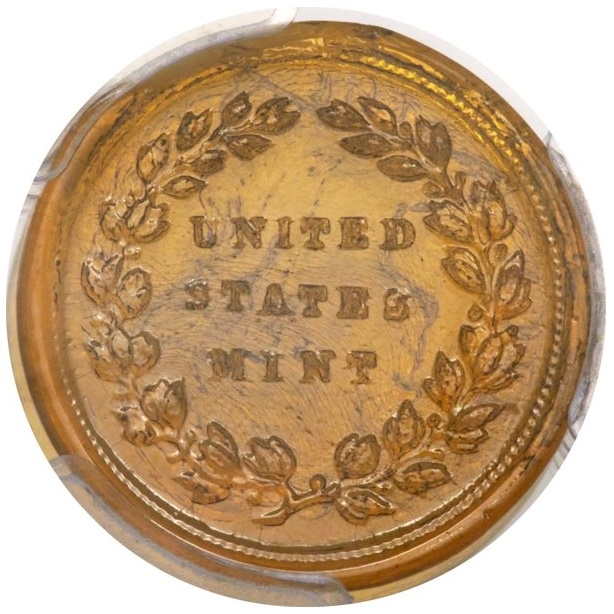 A unique experimental glass coin created during WWII is set to be auctioned in Florida this week.
The glass penny was a prototype, created as the U.S Mint sought to find an alternative to copper, which was needed to supply the war effort.

"Wartime scarcity of copper required the U.S. mint to replace copper for the one cent coin," said Roger W. Burdette, the numismatic expert and author who discovered the coin at a small auction last summer.

"Plastics fabricators, particularly those who made buttons, began to experiment with pieces the size of a cent but the Blue Ridge Glass Company of Kingsport, Tennessee, requested an opportunity to experiment with glass in late 1942."

Using tempered, yellow-amber transparent glass supplied by the Corning Glass Company, they produced and tested several coins for submission to the U.S Mint.

"We know that before doing any of the work, Blue Ridge Glass had some of the employees carry some of the blanks in their pockets for a few days as a test, but the blanks chipped and created sharp edges," said Burdette. "I think it would have been tough for the public to accept them as money."

Other manufacturers submitted their own experimental designs made from rubber and plastic, but the Mint eventually decided to produce coins using zinc-coated steel.

Today just two of the experimental glass coins are known to have survived: one broken in half, and the newly-discovered coin which remains intact.

"The present 1942 glass experimental piece is the only intact example discovered in nearly 75 years since the experiments," said Mark Borckardt, Senior Numismatist and Cataloger at Heritage Auctions.

"Although glass was never used for emergency U.S. coinage, this piece represents a unique artifact of the ingenuity and determination of Mint officials and private industry."

As the only undamaged example in existence, the coin is expected to sell for more than $30,000 when it hits the auction block on January 5.

The Heritage US Coins Signature Auction takes place in Fort Lauderdale, Florida on January 4-9, as part of the Florida United Numismatists convention.