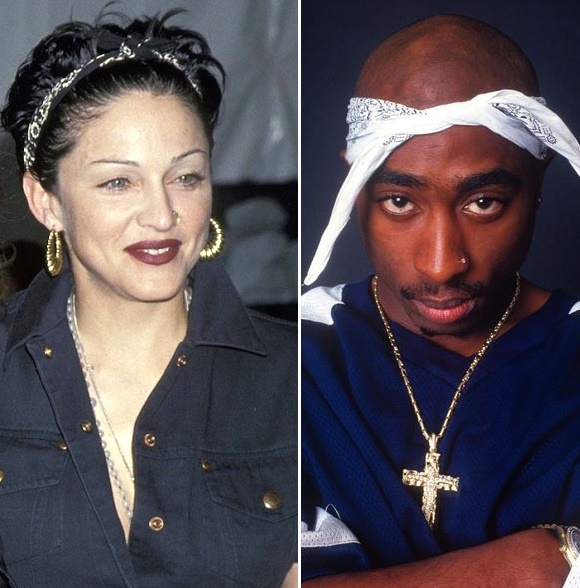 A letter written by Tupac Shakur to Madonna about their secret love affair could fetch more than $100,000, when it goes up for sale at auction house Gotta Have Rock And Roll.

The letter, dated January 15, 1995, reveals that Shakur and Madonna shared a relationship, and that Shakur ended it due in part to Madonna being ‘too white’.

“For you to be seen with a black man wouldn’t in any way jeopardize your career – if anything it would make you seem that much more open and exciting,” wrote Shakur.

“But for me, at least in my previous perception, I felt due to my ‘image,’ I would be letting down half of the people who made me what I thought I was. I never meant to hurt you.”

“In the time since, as you can see, I have grown grown both spiritually and mentally. It no longer matters how I’m perceived. Please understand my previous position as that of a young man with limited experience with [an] extremely famous sex symbol.”!

Tupac also offers a strong warning to Madonna, relating in part to his own past troubles with gang violence which would later lead to his murder in 1996.

“Please be careful…Everyone is not as honorable as they seem. There are those whose hearts bleed with envy and evil. They would not hesitate to do you harm! Let my 5 bullets be proof of that!”

It remains unknown as to whether Madonna ever received the letter, or one like it, but it adds further confirmation to the long-rumoured affair between the two superstars.

In 2015, Madonna confirmed to radio host Howard Stern in passing that she had dated the late rapper, whist talking about a controversial appearance on The Late Show in 1994.

“I was mad at [host David Letterman] when I said the F-word a lot,” said Madonna. “I was in a weird mood that day. I was dating Tupac Shakur at the time and the thing is, he got me all riled up about life in general.”

The pair had been introduced by actress Rosie Perez at the Soul Train award ceremony in Los Angeles in 1993, and were involved for a brief time.

However, the relationship was definitely over by the time Shakur found himself incarcerated for sexual assault in January 1995. He ends the latter:

“I don’t know how you feel about visiting me, but if you could find it in your heart I would love to speak face to face with you. It’s funny. But this experience has taught me to not take time for granted.” 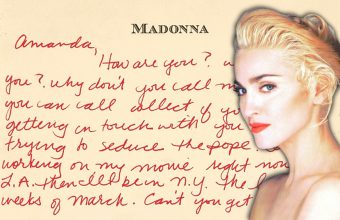