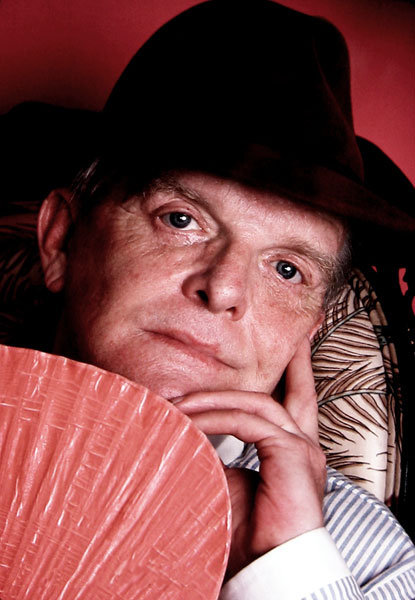 Collectors looking to own a little piece of author Truman Capote will get their wish – literally – when an urn containing his memorial ashes goes up for auction in California next month.
The writer’s remains will be offered amongst a collection of memorabilia from the estate of his close friend Joanne Carson, former wife of the legendary TV host Johnny Carson.

"I am sure people are going to think this is disrespectful, but this is a fact: Truman Capote loved the element of shock," auctioneer Darren Julien told Vanity Fair magazine. “He loved publicity. And I’m sure he’s looking down laughing and saying ‘That’s something I would have done.’"

Capote and Carson had begun their close friendship back in 1966, the year after Capote’s masterpiece ‘In Cold Blood’ had catapulted him into the limelight.

The outrageous writer often spent his summer months at Carson’s home in Bel Air, and later on lived with her during his final years, before passing away in August 1984 due to liver disease and multiple drug intoxication.

His ashes were shared between Carson and Capote’s longtime companion, author Jack Dunphy, and Carson kept her urn in the writing room where Capote died.

However, the writer had a couple more scandalous adventures in him yet, and had only been resting in relative peace for four years before his remains were stolen during a Halloween party in 1988.

The ashes were mysteriously returned to the property six days later, but then stolen once more when they were taken to a performance of the hit 1989 play Tru, although the thief was caught before he escaped the theatre.

Now they’re heading to the auction block with an estimate of $4,000 – $6,000, in a final chapter which even Capote himself would have been proud of.

Joanne Carson passed away in 2015, and the auction also includes further pieces of Capote memorabilia from her estate, such as prescription pill bottles, a collection of his personally-owned research books, a selection of his hats, shirts and cufflinks, and even the outfit he was reportedly wearing when he died.