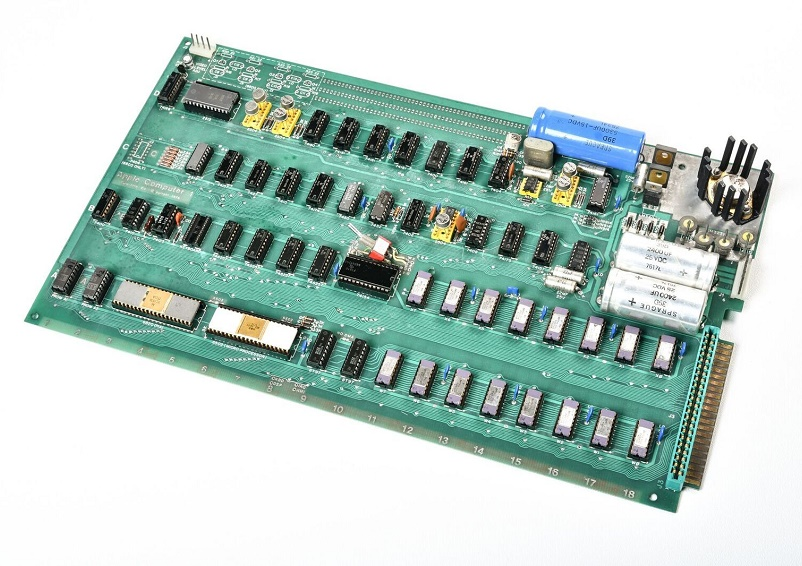 A unique early version of the iconic Apple-1 computer has sold in an online charity auction for more than $800,000.

The special example of the world’s first home computer was offered for sale on the online auction site CharityBuzz.

Now one of the world’s biggest companies, Apple originally began life in a garage in Paolo Aalto, California. Founders Steve Jobs and Steve Wozniak hand-built around 200 examples of the first Apple, the Apple-1, to fulfil an order with a local computer store.

Today around 50 of these original computers are known to have survived, and working examples have sold at auction in recent years for six-figure sums.

However, the Apple-1 offered by CharityBuzz was a unique example, featuring completely different sockets and components to the first full batch, and is believed to have been built as a test model before the computer went into production.

"No known PCB boards of this type were ever sold to the public," said Apple co-founder Wozniak, commenting on the auction.

"At this time, this is the only known Apple-1 to show the signs of starting out as a blank original-run board and not part of the two known production runs, so this board appears to be unique from all other known Apple-1 boards."

The current auction record for an Apple-1 stands at $905,000, set at Bonhams in 2014, and the example at CharityBuzz had been expected to surpass that price.

But having reached a total of $1.2 million, the leading bidder reportedly pulled out at the last moment, and the computer was eventually sold for $815,000.

Ten percent of the proceeds from the sale will now be donated to the Leukemia & Lymphoma Society, the world’s largest voluntary health organization dedicated to funding blood cancer research, education and patient services.