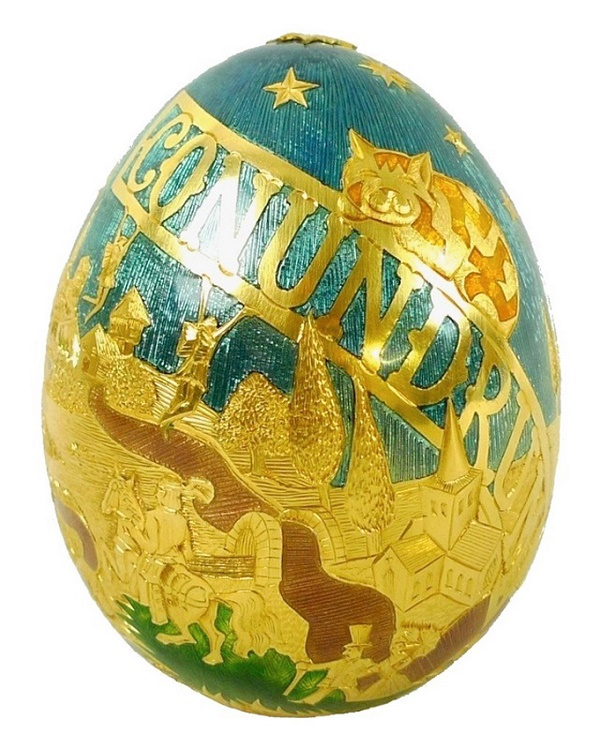 A golden egg which once caused chaos as part of a national treasure hunt in the UK has sold for more than $25,000.
The 22ct gold Cadbury’s ‘Conundrum’ egg was made by Garrard & Co, the historic London company responsible for making the Crown Jewels.

The elaborately engraved egg was offered at Batemans Auctioneers in Peterborough, where it exceeded its top estimate of £15,000 to sell for £20,640 ($27,340) inc. buyer’s premium.

Back in 1983, confectionary company Cadbury’s launched a competition to win 12 solid gold eggs using a series of cryptic clues.

A book of riddles based on British history and mythology was published, which would lead treasure hunters to 12 special caskets buried in secret locations across the country.

Each of these caskets contained a certificate, which could then be used to claim one of the eggs as a prize.

However, the competition proved a little too popular, and amateur sleuths were soon digging up private land and protected sites across the country in search of the treasure.

As people rampaged around Britain with shovels, Cadbury’s was forced to call a halt to the hunt, with several of the precious eggs still unclaimed.

The egg sold at Batemans was actually a special 13th example, which had never been seen by the public.

This egg was larger and heavier than the others, and featured a design encompassing all 12 of the riddles and the treasure hunt itself.

It was presented in a national prize draw for Cadbury’s retailers, and had remained in the original winner’s family for more than 30 years before hitting the auction block.

According to reports, the sale marked the second-highest price ever achieved in the auction house’s history.