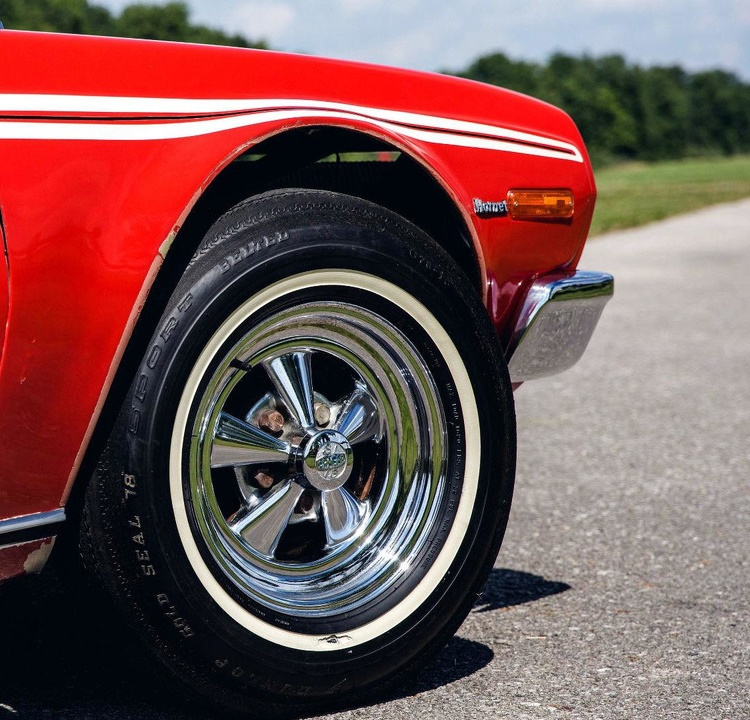 A car used in one of the most famous James Bond stunts of all-time is heading for auction later this year.

Auctions America is set to offer the AMC Hornet used for the iconic barrel-roll jump in The Man with the Golden Gun, in which Roger Moore corkscrews over a collapsed bridge in Thailand.

Completed in a single take by stunt driver Loren ‘Bumps’ Willard, years before the advent of CGI, the stunt remains one of the most spectacular car jumps in movie history.

The stunt was originally conceived by US racing driver Jay Milligan, who first performed it at the Houston Astrodome back in 1972.

He then contacted the producers of the James Bond movie series, who immediately snapped up the rights to use the stunt in their next instalment.

To make sure the stunt went according to plan whilst filming on location, and ensure the safety of their driver, producers used groundbreaking computer technology to simulate the jump beforehand.

They turned to computer engineer Raymond R. McHenry, who had designed a pioneering piece of simulation software known as HVOSM (Highway Vehicle Object Simulation Model) whilst working at Calspan

The mathematical computer model had been created to simulate car accidents, and help design safer vehicles. But McHenry realised that he could also use it to design a really cool car stunt, and spent two years perfecting it.

When it came time to actually perform the stunt, the painstaking calculations and planning paid off.

Willard nailed the jump on the first attempt, with the car landing exactly where McHenry’s software had predicted it would.

The result was cinematic and technological history – the first movie stunt ever designed on a computer.

McHenry’s software was years ahead of its time, and led directly to the simulation models used by modern-day racing video games.

Having loaned his original stunt car to the production, Jay Milligan then shipped his AMC Hornet back to the U.S, where it remained in his collection for more than 40 years.