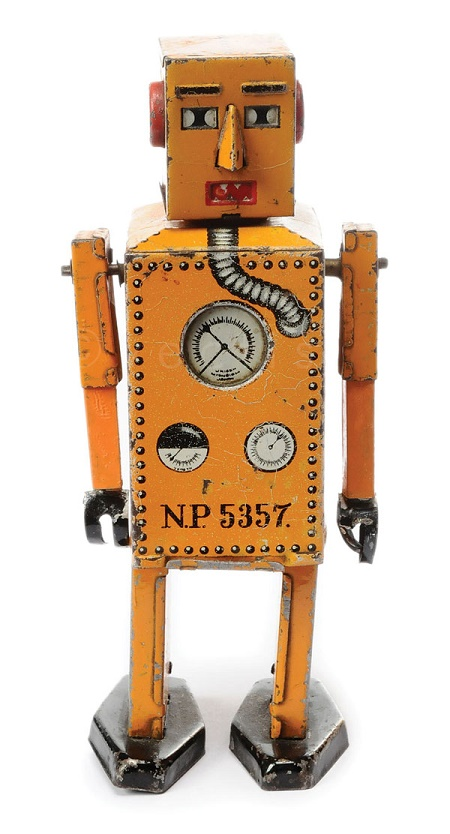 A collection of vintage toy robots has sold for more than $64,000 at auction in the U.K.
Assembled over four decades by a couple from the North East of England, the collection featured close to 1,000 rare and sought-after space-themed toys from around the world.

"There are not many collections of this size, and this is the biggest one we’ve handled in the last 20 years," commented auctioneer and valuer Andy Reed.

The collection crossed the block this week at Vectis Auctioneers, a Teeside company specializing in collectible toys, trains, models and dolls.

Leading the collection was a highly rare wind-up Lilliput Robot, made in Japan circa 1939. Generally believed to be the world’s first tin toy robot, the Lilliput Robot was produced by an unknown manufacturer and is now highly sought-after by collectors in any condition. This example soared above its estimate of £500-£700 to sell for £2,280 ($3,200).

Space-themed toys from the collection also fared well, with leading items including a Japanese TN ‘Interplanetary Space Fighter’ toy which sold for £1,140 ($1,600), almost ten times its high estimate, and a rare Flash Gordon wind-up rocket, made circa 1939 by the American manufacturer Louis Marx & Co, which sold for £600 ($844).

The sale also featured toys of some slightly more Earth-bound heroes. A Japanese Nomura tinplate battery-operated Batman figure sold for £792 ($1,114), followed by a 1960s Corgi Bat-mobile and Bat-boat set which fetched £432 ($607) and a Corgi ‘James Bond’ Aston Martin DB5 model car, still in its original packaging, which sold for £336 ($472). 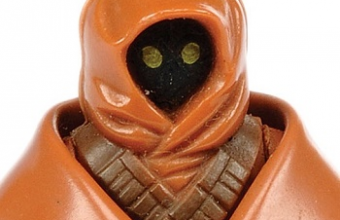