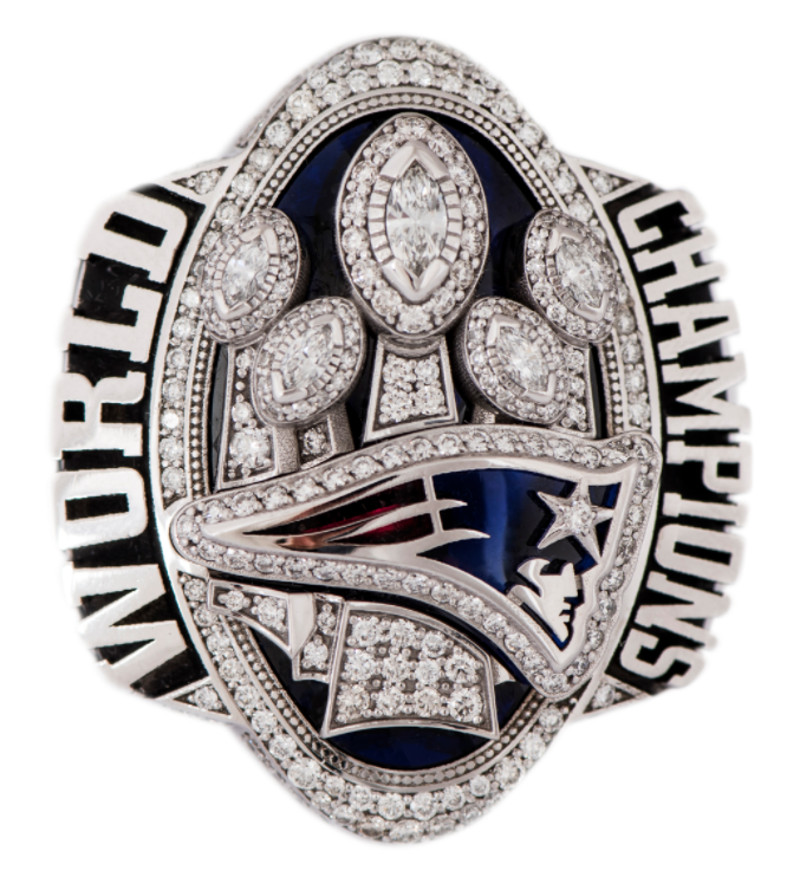 An official Tom Brady 2017 Super Bowl LI ring has sold for a record $344,927.
That’s the most anyone has ever paid for a Super Bowl ring at auction, a figure that reflects the enormous impact Brady has had on the sport. This is one of several versions Brady gifted to close friends and family. It’s slightly smaller than the original, with 18 fewer diamonds (although it’s still studded with 265 of the precious stones so we doubt anyone’s complaining).

Brady is the pre-eminent football star of his generation. He’s one of those wunderkinds that come along every once in a while and completely redefines what’s possible. Over the course of his career, he’s led the New England Patriots to a record eight Super Bowl appearances.

As a result, his memorabilia is in enormous demand. It’s also extremely difficult to get hold of, as Goldin founder Ken Goldin explained in the run-up to the sale. "This is the first Brady award that has ever come to market," said Goldin.

"He never lets things go, and nobody from his inner circle has ever given up something like this."

The rest of the sale featured a sterling selection of US sporting memorabilia, including a 1972 Atlanta Braves road jersey signed by legendary hitter Hank Aaron.

That year was one of Aaron’s best. He managed to exceed Willie Mays’ career home run total, establishing himself as one of the top three big hitters in history. Today he’s ranked number two. behind Barry Bonds.