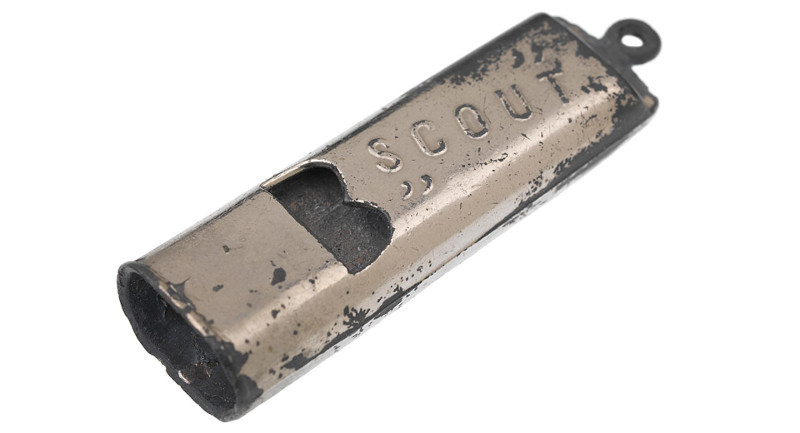 The National Maritime Museum in Falmouth, UK is hosting a major new exhibition titled Titanic Stories.
The show, which runs until January 7, 2019, will feature an astonishing array of pieces connected with history’s most famous shipwreck.

That includes a lifejacket and one of the original lifeboats, alongside items from James Cameron’s blockbuster 1997 movie based on the tragedy.

For our money the most interesting pieces are those that help tell the individual stories. Among the most evocative is a scout whistle used by a young man named Cecil Fitzpatrick to call for help from the freezing waters.

He was miraculously rescued and gifted the whistle in gratitude to Lillian Winifred Bentham, a woman who gave him her coat to wear as he was helped aboard the lifeboat.

A pocket watch belonging to a Robert Douglas Norman, the hands stopped at seven minutes past three, is also featured.

It stands as a small monument to those 1,503 people who were killed.

Co-curator Eric Kentley said: “Curator Claes-Göran Wetterholm and I met on the 1994 expedition to the Titanic wreck site, retrieving artefacts from the seabed, two and a half miles underwater.

“What fascinates us both is how the memory of this ship – and this ship alone – has become so engrained in our culture, how myths have been built around it, and how each generation retells the story. Our exhibition examines how, through a combination of commerce and myth-making, a tragedy was cleverly transformed into a triumph”.